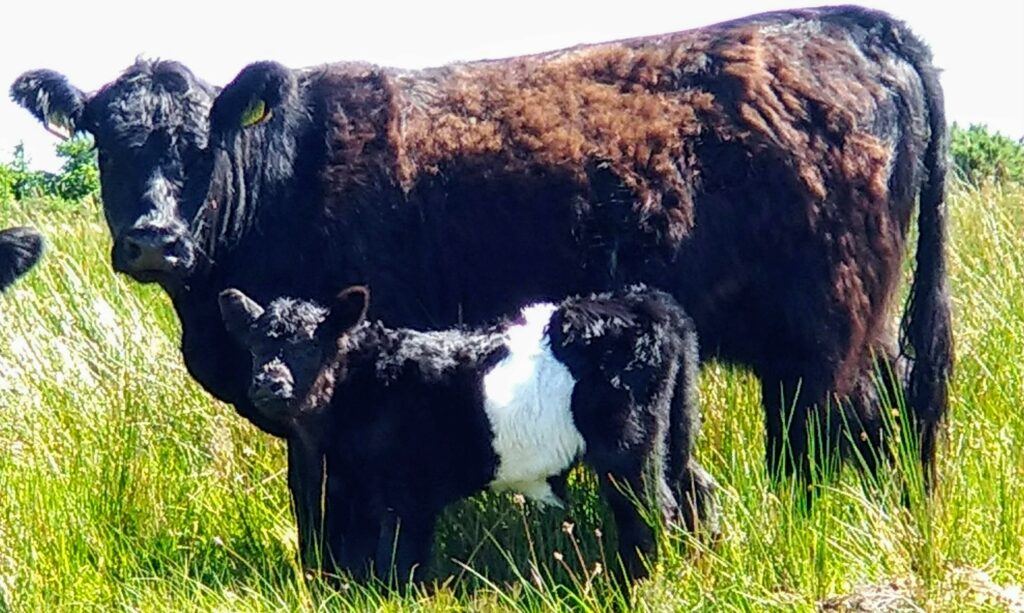 Another hardy Scottish breed the belted Galloway cattle from the uplands of the Galloway hills. They are a medium-sized stocky breed of cow and another breed well suited for conservation grazing on hills and bogs. I keep mine on purple moor grass and heather diet from may to October and they always seem to put on weight. 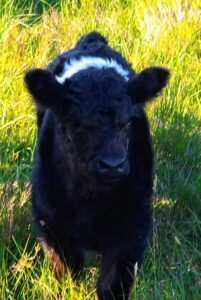 In winter, they are quite happy to be outside too as like the highlands they have a double coat of hair the outer coat to keep the rain out and an inner coat for insulation. Unlike the highlands however they are naturally polled and don’t grow any horns which makes them easier to handle at testing or when going to the mart.

You can also get black Galloway which look a bit like a hairy Angus or white Galloway that look like a hairy Speckle park cattle but the belted Galloway are the most striking with the white belt with some people giving them the nickname “Oreo cows” the belt comes from crossing some Galloway with the Dutch lakenvelde breed at some stage around the 17th century and were established as a separate breed in 1921. 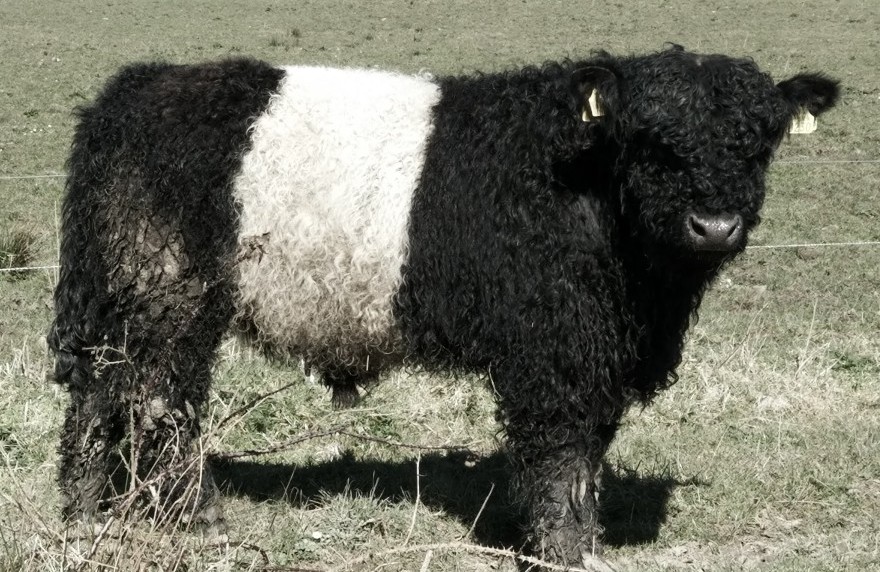 The white belt makes them very easy to spot at a distance on a hill or mountain and there is some discussion that it was the reason for the belt. Galloway cows are very fertile and easy calving having small hardy calves every year that quickly put on weight during their first year of life. I personally feel like the Galloway are very similar to the Aberdeen Angus but with less maintenance as they will thrive even on very poor grassland.