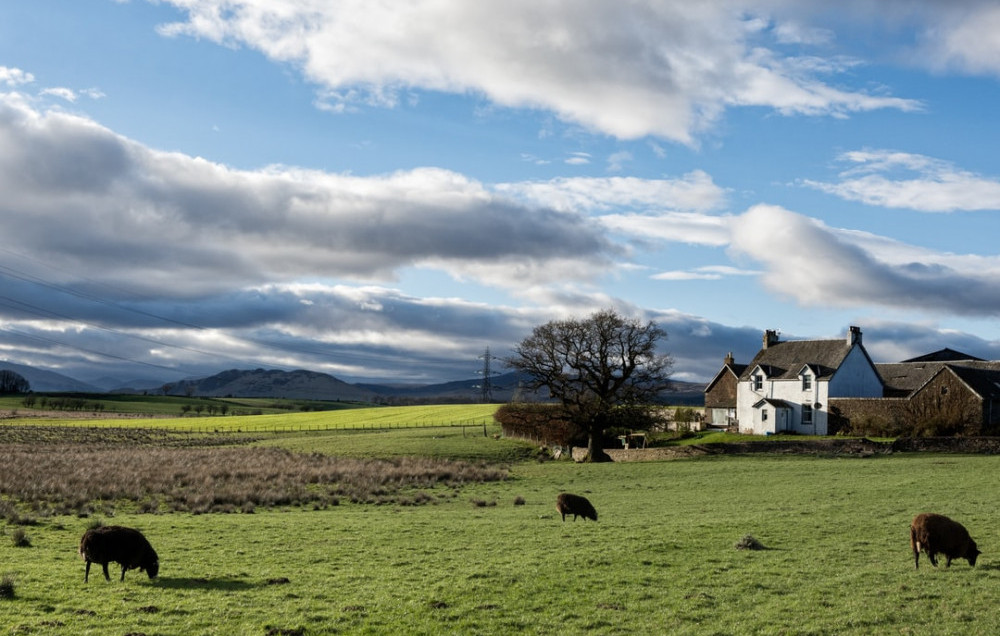 There is a lot of debate lately on the question does farming effect the environment the short answer is yes almost everything we do today has some effect on the environment but the long answer can be a lot more complicated than that. Some people would suggest cutting the national herd or rewilding the landscape but again the long term solution will be more complicated. I will give my opinion as a farmer with some knowledge of the issues in this country at least but also the farming model around most of the developed world.

There are some things we can do as farmers but we also need help and policy changes in order to make things better and move forward. 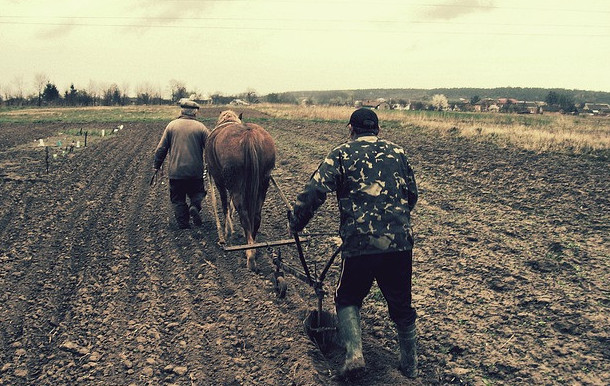 If only we could rewind the clock 50 years to a time when herd size was smaller animals were killed at the local butchers and sold in the nearest town and start over. There was more spices of wild animals more fish in our rivers and more bio diversity in general. What might surprise a lot of people is the overall amount of animals has not increased that much but the number of farmers has decreased significantly along with the numbers of fish in our rivers and wild animals and I would think even the insects that they feed on.

So why has so much changed

A lot of change was driven at policy level and often with good intentions with the information available at the time. Some examples of this would be butcher shops and smaller shops closed down and were replaced by a few main factories and supermarkets.

This had the effect of farmers becoming price takers and not being able to have the same bargaining power that they might have had with their local butcher or shop keeper. Smaller shop keepers and farmers could not compete and a lot of them went out of business.

Farmer were encouraged to clear more land knock ditches and make fields bigger. They were given grants with the cost of draining land during the 1970s and 80s and encouraged to keep more animals by paying a headage grant per the numbers of animals held by the farmer. The more suckler cows or sheep held by the farmer the higher payment that they got.

Farmers were also incentivized to plant what was considered poorer unproductive land with sitka spruce by way of grants or to sell that land forestry companies and it would have been more profitable to the farmer to do so than farming this land with animals.

In reality this had the effect of pushing more animals onto a smaller area of land and the solution to this was to spread more chemical fertilizer to grow more grass and to replace native grass species with faster growing perennial rye grass. This might have suited the cattle and sheep but not so much for some of our wildlife such as the curlew, corn crake, hen harrier etc.

Due to concerns of more animals being kept on less farmland and the effects this might be having on water quality and to ease the workload on farmers themselves farmers were encouraged by way of grants and part payments to build slatted houses and slurry tanks to hold animals over the winter.

the problem with this is the slurry is more in a liquid form than it would be if cattle had been bedded on straw or rushes and in the wet weather slurry was more likely to run of or leach into our waterways and rivers so farmers were encouraged by way of grants to build more slurry storage.

Then there was calendar dates set for the spreading of slurry which in my view was a mistake from an ecological point of view. Instead of allowing farmers to spread slurry during October or November when the weather could be dry they have to hold slurry until a set date in January.

Because land in January was often too wet to travel in January farmers used a slurry tank with a rain gun to spread slurry from the farm roadways during the wet spring as slurry needed to go out for animal welfare reasons if the tanks were full or overflowing. So because too much slurry was going out in one place with the rain gun they banned tanks with rain guns.

Farmers or engineers then came up with a invention called a pump and umbilical cord system where a pump is attached to a flexible pipe that connects to another tractor out on the field. Not only can you travel fields in wetter weather because a pipe weighs a lot less than a slurry tanker but it can spread up to 100 thousand gallons of slurry per day.

We end up with a system where the same volume liquid slurry is spread over a number of months to where it is spread over a number of hours. Then we wonder why our water quality is high in nitrates. I would suggest spreading by calender dates be scrapped and let farmers use their common sense and spread the slurry when the weather is dry rather than when the calendar date says so and tanks are full. 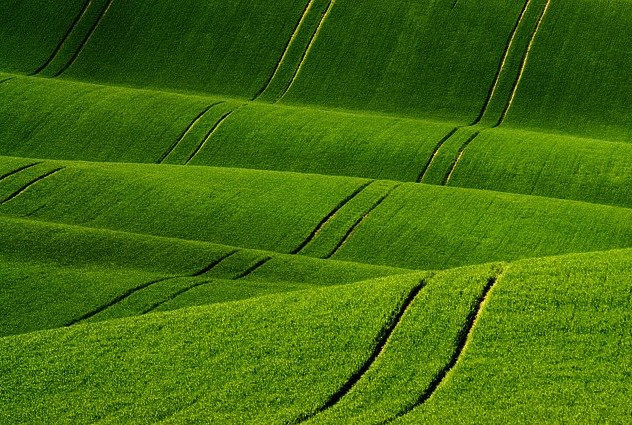 Another issue I see as a problem is a European policy that requires farmers to keep land in good agricultural and environmental condition (GAEC) . While this is a long detailed document and at first glance there are many good parts to it their are also some parts that don’t work out so well in reality.

For example many farmers have been penalised part of their farm payments for having too many rushes or heather growing on their land. The fastest way to make that land eligible with the longest lasting effects would to be to spray with chemicals like MCPA D50 or Grazon 90 pro.

This leads to destruction of the habitat that this cover provides to frogs.snipe and other birds and animals and because of the wet nature of this land often in upland areas sloping towards streams and rivers has lead to higher traces of MCPA and other chemicals being detected in our rivers and waterways.

In lowland dairy land there is more emphasis on grass production and milk yield per cow unless farmers are as productive as possible they will not stay in business at current milk prices and supermarkets here will import milk from outside the country if they can increase their profits by doing so.

In order to cut costs and increase milk produced per acre farmers are encouraged to reseed ground every 5 or 6 years by spraying off the old grass crop with roundup and reseed with new grass. The more chemical fertilizer that is applied the more grass will grow and the more milk cows should produce per acre. 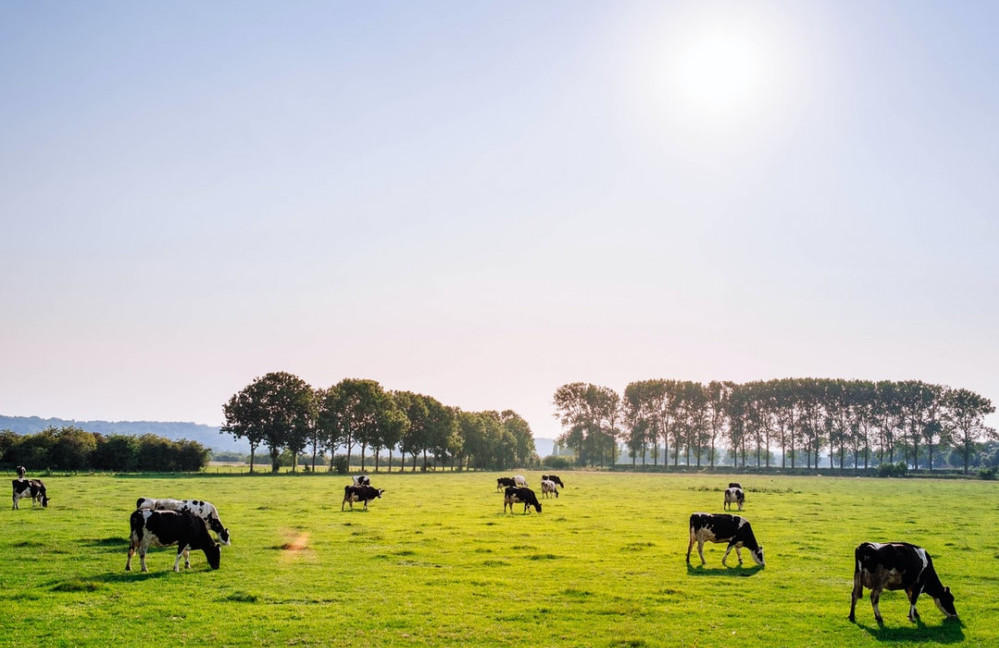 I don’t think this is greed on the farmers part but a necessity in order to stay in business other than dairy or pig farming their are few other sectors that will provide a full time income to support a farm family. Even at that they need to be as efficient as possible in order to make any return from it.

The advice farmers have been getting with the past 40 years has been to increase efficiency and the reduction in margins meant that farmers had to carry more stock on a smaller area of land. Many have gone out of business and others have taken on their land and increased their holding but in my view their is less land being farmed especially in upland areas that would be more economical to plant it with forestry.

The fact that farmers are not paid on land with scrub or native trees or bushes has also led in the past to such land being burnt or cleared and turned either into grassland or planted with sitka spruce which they will be paid for.

The burning of land is not in any way of benefit to a farmer now as they will not be paid on land that is burnt but it still seems to be happening every year and often in land owned by someone else other than the farmer. This to me is vandalism and it is almost always the land owner that gets blamed for it without any evidence of who started the fire. To somebody else it could be a protest because they are being forced to pay for something that is outside of their control or they had no part in.

There could be many reasons and I am not condoning the destruction of wildlife but unworkable regulations and the stick approach might not always be the best options.

Here are some of my own questions

Should areas of scrub such as rushes heather native trees and bushes be deemed ineligible for farm payments and if so why?

Would it make more sense to be able to spread slurry over a longer period in dry weather than having an outright ban for 3 months and then spreading it all at the same time in early spring.

There are many things that have gone too far over the past 50 years as I can’t ever see us going back to the days of a farmer making a living from 20 cows or selling their all animals to the local butcher or maybe I am wrong. maybe some farmers could question their own setup and ask what they could do themselves to help wildlife or biodiversity on their own farms.

I think to have real impact some help needs to come from outside the farm gate too whether it is from environmentalists that lobby for change or policy-makers to be able to backtrack and make changes to policies that are not working. Even supermarkets that have fair trade mark on bananas and coffee could they not have fair trade on locally produced food like Milk and meat.

As consumers too we often seem to be chasing the best deals and cheapest prices but labels are often misleading and we don’t always get what we think we are getting. This is the root of the problem everyone is out to cut costs often out of necessity. their is pressure on the food processors and supermarkets to cut costs so as not to be outdone by their competitors.