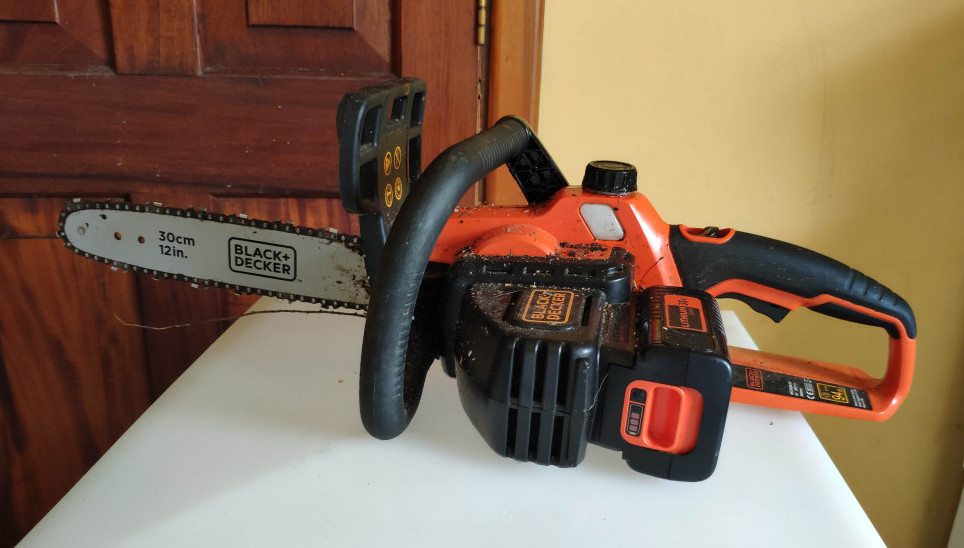 If your looking at getting a black and decker cordless chainsaw I would highly recommend one as long as your know it’s limitations. I have one probably around 2 years now and I can honestly say that it is probably one of the handiest tools that I have ever owned.

I also have a jonsred 2245 but it seemed like almost every time I wanted to use it there was some problems like no petrol or no two-stroke oil or the carburetor was blocked due to impurities in the petrol or it needed to be tuned again. The list of problems seemed endless and usually ended up me forking out another 80 euro to the local repair shop and waiting a few days to have it repaired.

I even learned how to service and repair it myself watching videos on your tube. The biggest issue for me was although I didn’t need a chainsaw every day but when I did need one like when a tree fell across the driveway of my house the petrol jonsred would not start for me.

So around 5 years ago after looking at some reviews online I purchased a black and decker 36 volt chainsaw. I can’t saw that it’s the best cordless chainsaw on the market as I have not owned any others but I can say that over the last 2 years it has been consistently good and always worked when I needed it to.

The best thing about the black and decker as long as the battery is charged it’s ready for work. It will run for around 40 minutes on a charge which is plenty time for most jobs that I need it for like cutting up fallen trees or cutting bushes or branches of the electric fence.

The lithium ion battery they claim will preform 580 cuts per charge and will hold a charge for 18 months while idle. I can say about my one is that any time I picked it up it worked unless I ran the battery completely dead before putting it away. It takes only around half an hour to recharge it anyway which could be done during a lunch break. 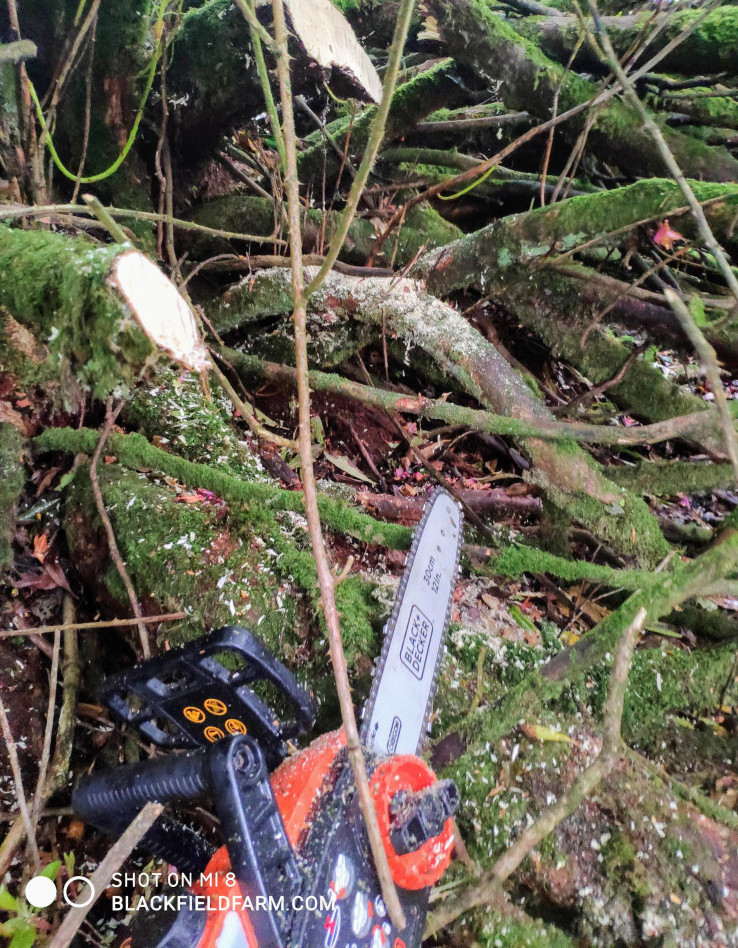 another thing I like about it is how light it is compared to a petrol chainsaw at under 5 kg I find it easy to carry around and manoeuvre into different positions while cutting. It’s also reasonably quiet and makes a change from listening to a chainsaw engine revving for hours on end.

The 30cm chain bar is short and thin and cuts through wood like butter and while it’s not big enough for felling huge trees I have cut up tree trunks up to a foot and a half in diameter without any issues. It comes with a 2 year guarantee and has a safety trigger in that you need to hold down a switch with your thumb and pull the trigger together in order to operate it. I still pull the battery out when not in use and keep it away from small hands.

It is never going to be replacement chainsaw for a serious forester who spends all day every day cutting up trees but is fine for a part-time user who just needs a chainsaw to work for odd jobs like fencing or cutting up a fallen tree etc. I have used it for cutting down 30 year old leylandii in the garden and trees blown in storms.

The chain sometime comes loose but this is easy enough to tighten up with a tool free tensioner on the side where your just turn a wheel lever and the chain is tight again. This makes it fast and easy to change the chain or put it back on if it comes off on the job too as your don’t need to be running back to the shed for tools.

The chain bar oil tank is very small and doesn’t hold much oil and seems every time I start to use it’s out of chain oil. That’s not a big deal really to just top it with chain oil before use and it’s a clear bottle so your can see just to look at it the level of oil that’s inside of the chainsaw. Still, it would be nice if it had a larger oil tank.

If your are doing a lot of cutting and have only one battery then it’s going to be slow going like 40 minutes work and thirty minutes off waiting for the battery to charge but then again it not that often that I needed it to do a lot of work and it’s fine to cut a tree of a road on one battery.

You could always buy a spare battery for around 50 quid if your wanted to or just use the 30 minutes recharging time to gather up the wood that your have cut. Again I think it’s a good chainsaw for odd jobs rather than all day work.

Despite the fact that it dosen’t have the same power as my jonsred chainsaw that cost over double the price I still consider the black and decker a better chainsaw. Simply because there is no tuning no petrol no blocked carburetor no running to town for two stroke or looking for a measuring jug to ensure I have the correct mixture. It simply works just pick it up and do the job knowing that I can do around 40 minutes of cutting before the battery runs out.

I know that some will feel there are probably better brands of cordless chainsaws out there than black and decker and if your have tools and batteries for a particular make already it would be certainly worth considering. If on the other hand your just want a reliable chainsaw that works when your need it to and doesn’t cost a fortune then the 36v black and decker will do the job. Having owned and used one over the past two years I can highly recommend it.