Why is there gorse fires in Ireland every spring and early summer. That’s just a simple question but yet I have never heard it asked. I am reading every year about how this is illegal and how the people who started these fires will be brought to justice and the farmers that own the land will be eligible for grants for the burnt land but yet I have never heard anything about catching the people responsible or why they are doing it.

Personally I think that penalizing the farmers that own the land is a bit of a cop out and it’s akin to a shopkeeper after having his shop burned down by an arsonist then instead of finding the person who lit the fire they penalize the shopkeeper because the rules say so. I understand that the department have rules to follow set out by the EU but that doesn’t mean that the rules are fair. 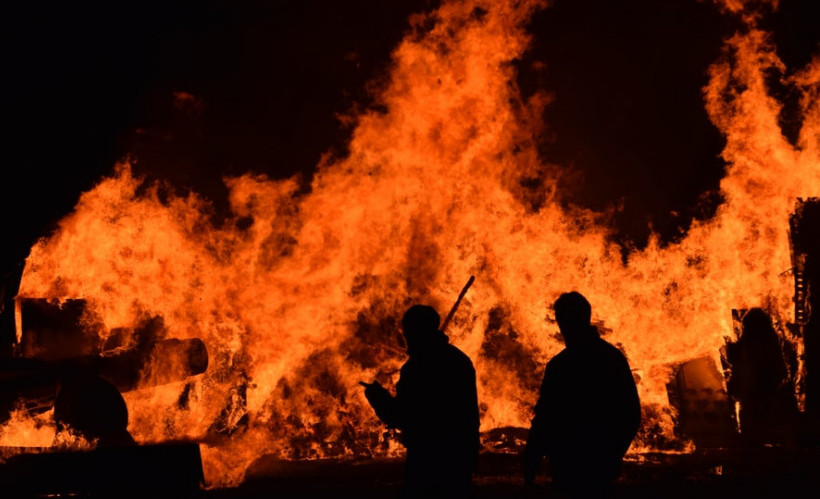 At the moment it’s a case of the person that has the harm done to their property is the same person who is prosecuted without any effort to find the culprit who is responsible for starting the fire in the first place.

Would it not make more sense to try to find out why this is happening in the first place. What would drive a man to go out to the middle of nowhere and deliberately set fire to hundreds of acres of bog or mountain with absolutely no financial gain to be made by doing it and taking the risk of being caught and brought to justice for his crime.

If this was only happening in one location you could perhaps dismiss it as a madman or teenagers and vandalization but it seems to be happening every year and all over the country. I don’t know why it is happening but it seems to me people usually do something for a reason. Possibly someone who felt that they were hard done by or left down by the system in some way

could these be protest fires by someone living in rural areas of could it be someone who has something to gain by putting them out. I am not suggesting it is either but these are just some questions that nobody else seems to be asking. I have heard some suggestion that perhaps it is the farmers that own the land who is burning it in order to try to improve it for grazing.

Farmers used to do this controlled burning in years gone by but in my experience these gorse fires are different in that it is often unused land and why would a farmer who is making use of land risk losing his EU payments by burning it when he doesn’t have to.

What can be done

Instead of prosecuting the innocent parties without any evidence wouldn’t it be better to work with them in order to try to put a stop to it. like to set up some sort of neighborhood watch on this land during the dry periods over the spring. Maybe to give some small payments to put up trail cameras run of batteries that could be used to monitor areas or dash cams on the roadsides for a few high risk months which would monitor passing traffic.

I can’t know the right answers on this but what I will say that if something is not working that it might be a good idea to try something else. Wildfires are extremely damaging to wildlife and the environment and in my view this kind of burning is a relatively new phenomenon and nobody seems to be asking the reasons why?. So I will finish on that question why do you think that this is happening every year.

3 thoughts on “gorse fires in ireland”