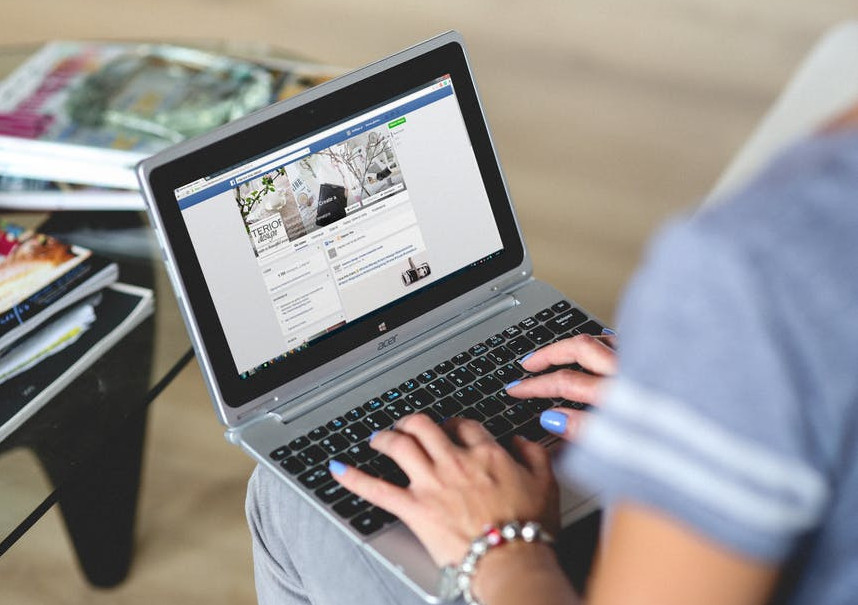 My computer is broken, that’s one of the main reasons that I haven’t written anything into this blog in the last few weeks. The pixels started to go dead along the screen and then it just stopped charging and I was waiting almost a week to order a new one online.

I also started a new job a while back driving a digger so between that and farming and picking up kids from school after work my time has been very limited. The main reason though was when the computer gave up. I knew it was too old to consider repairing and I was thinking of getting another one with a while anyway so I decided to go online and research what I wanted.

I did look at local computer shop but after a previous experience where I was mis-sold something that was not fit for purpose and then they refused a refund as they said it was open and used. I did eventually get a refund after writing a complaint to the company but it was just too much hassle to be dealing with.

A lot of the same items are cheaper online than in store anyway so that along with poor customer service probably influenced me to buy online and wait a few days longer. I did have a look at some computers in store just to get a feel of what I wanted and then compared prices online. To narrow down my selection further I did a bit of research online at the best laptops for 2020. 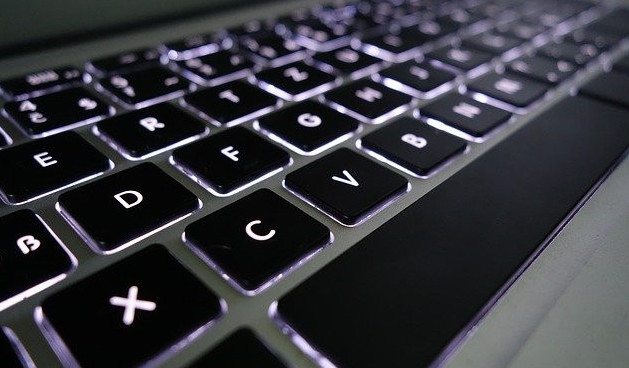 I was thinking of getting an older mac book Air but looking at the specs of newer laptops I decided against it. It wasn’t that I wanted a new computer just something light and fast with a powerful processor that had plenty of storage and memory with a back lit keyboard so I can type in the dark and a long battery life oh and cheap. I was not asking for much see and I wanted it as soon as possible. 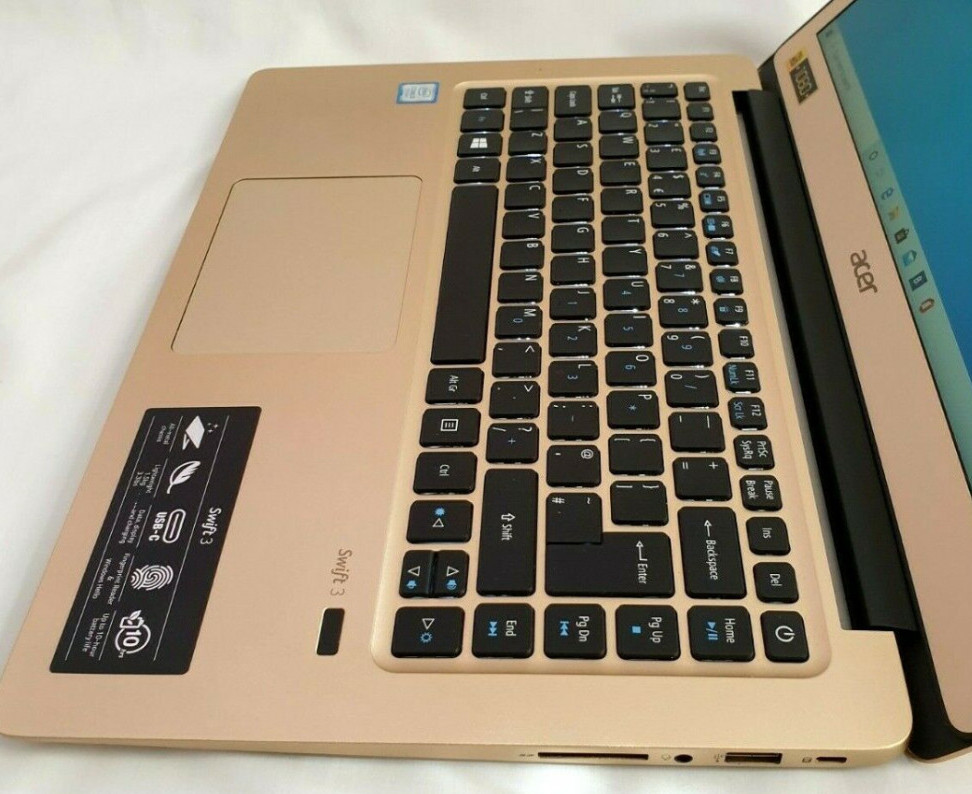 So as not to bore you I won’t do a top 10 of all the computers I went through as some high end laptops seemed to be going for crazy money. I did have a look at some Chinese computers like the Jumper EZ book or the Teclast F15 which I think are very good value for money and having brought a Chinese brand of laptop for my son 3 years ago I would have no hesitation doing so again.

The only problem as I wanted it now I was not willing to wait for a month for it to arrive here on the long slow boat from china so after a bit of research I brought an Acer swift 3 from eBay for 350 euro its gold in colour with 8gb of ram 128gb hard drive and Intel i3 7100u processor. It has a HD screen with 1920 x 1080 resolution.

It has a 10-hour battery life but I haven’t tried it out yet to see if it will last the full 10 hours I will say for sure its lasting a lot longer than my last laptop. I don’t have to be sitting next to the plug for half the day anymore. The back light keyboard is a lot nicer than my last computer too and it feels nicer to type on. It also has a fingerprint scanner which is a nice security feature. 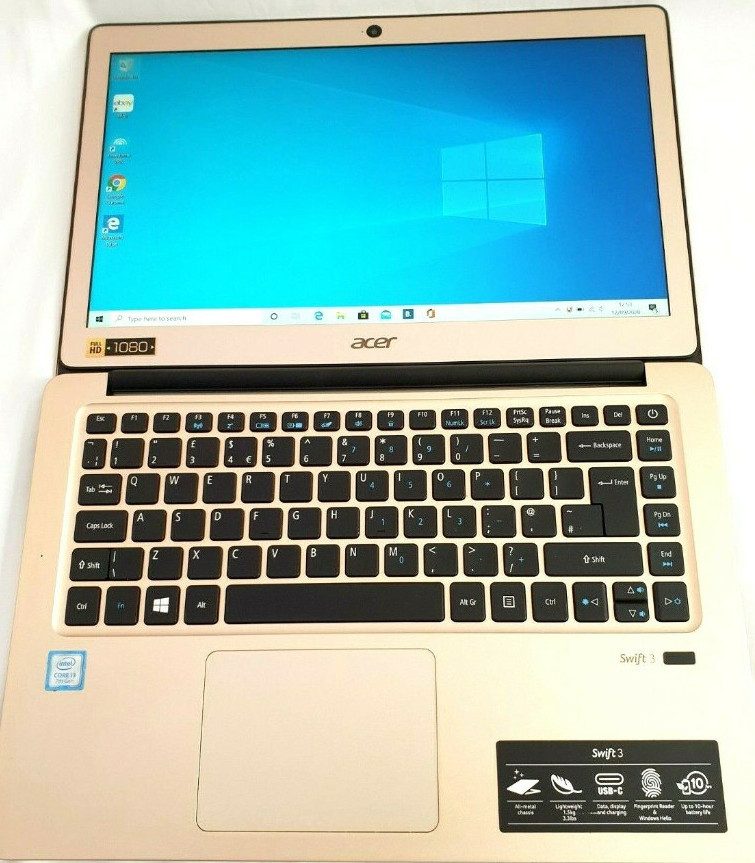 Overall I am very happy with it so far but can’t help thinking that maybe I should have gone that extra few euros for a newer one which has the AMD Ryzen chip which are seller refurbished or gone all out and brought a brand new one from amazon which has the new I5 chip. The swift 3 is a bit confusing with prices and specs as they vary a lot for the same model.

I would tend to go for the cheapest option like the one on the link above as it offers the best overall value although I do like the full screen option on the newer models without the bezels. Another laptop that might be worth mentioning is the HUAWEI MateBook D 14 2020 especially if you already have a huawei phone and it was one of the top contenders for me but the acer swift 3 just beat it on price.

the huawei mate book has a lot of the same features the Ryzen chip back light keyboard fingerprint scanner HD screen and comes at a very good price from Amazon. If I didn’t go for a second hand swift 3 the mate book was the other computer I would defiantly have gone for.

I don’t usually write about technology partly because I don’t know enough about it and it changes so quickly last year I had another website where I was writing about phones but I spent more time researching about them than writing and then I would have no sooner written about the latest one and it was replaced with a newer model.

Like phones laptops change models fairly often and even second hand top of the range laptops from a few years back like the apple mac book pro or dells xps can be brought second hand on eBay fairly cheap is because technology has moved on and newer laptops are getting faster and more powerful all the time with better screen resolution and lighter.

I think the swift 3 is around 1.5kg which is a lot lighter than the last model I brought around 8 years ago. Anyway I thought I should explain what I have been up to and why I haven’t written anything new in the last 2 weeks, I hope to try to post more often now that I have a new computer. I still have to get around the issue of work taking up all of my time but in a way I would rather be busy than not.

I will leave a link to the new Acer swift below but nothing wrong with saving and buying a refurbished model either especially as they seem to upgrade to newer models almost every year and nearly new can sometimes be as good as new. Although I prefer the bezel less screen on the new model I am happy enough with everything else and I can’t really complain about getting almost everything I wanted from a newer laptop computer. Even if you buy a new model in my opinion the Acer swift 3 still offers very good value for the specs compared to anything else .