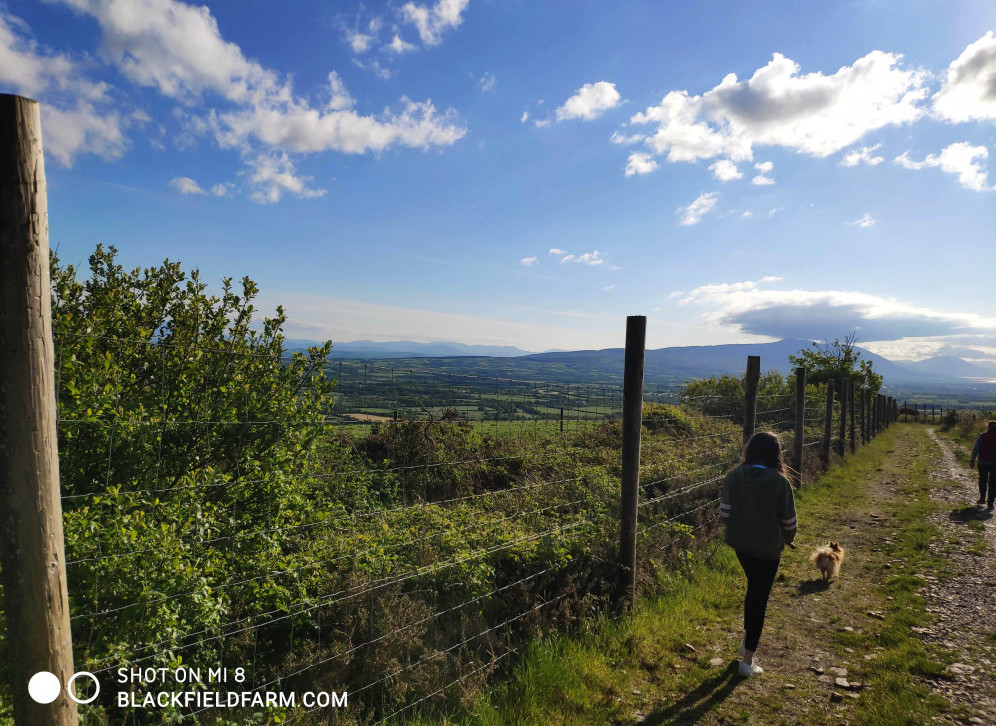 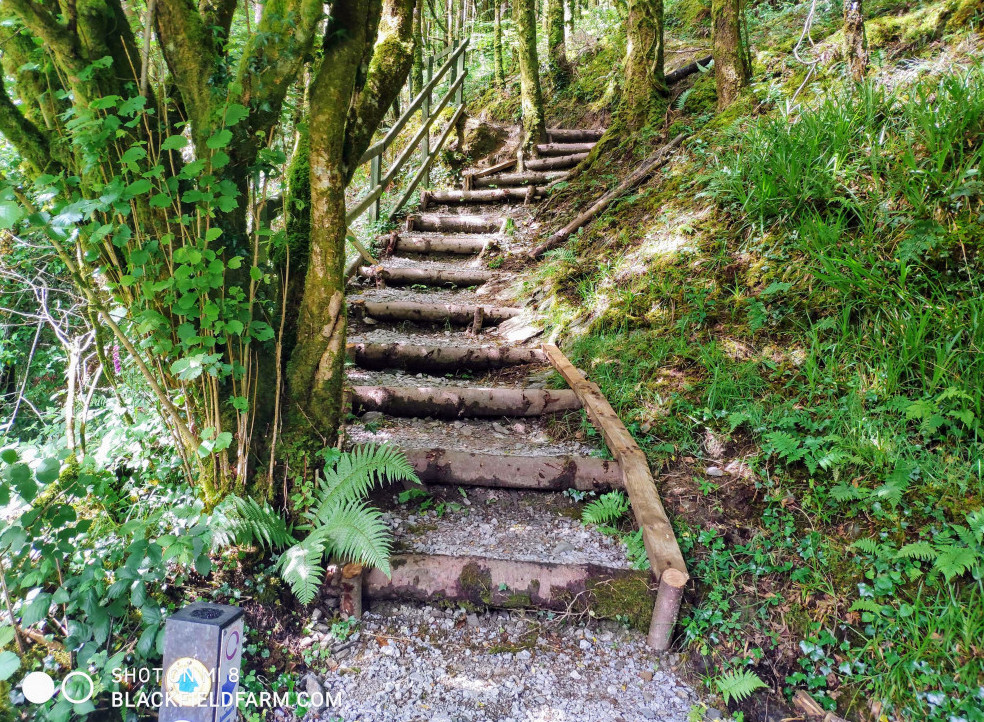 A lot of controversy has been going on over the last number of years over the right to roam in Ireland or should I say lack of the right to roam. Unlike the UK farmland in Ireland is private property much like your house or garden or any other commercial property. This means that anybody who enters your land without your permission are trespassing and could be charged under Irish law although this almost never happens unless a person is after committing some other crime on the property.

A farmer or land owner does have the right to ask someone to leave their property if they might be a threat to their property or livestock. There are many people in Ireland who think laws here should be changed and we should have the same rights to walk in the countryside as people do in other countries like the United kingdom.

They find it hard to understand why they don’t have the same rights and privileges here and why farmers’ could have the right to stop them as in their view the countryside should be for everyone to enjoy. As a farmer in Ireland I feel it only fair that I should give my opinion on this and it is just my opinion other farmers’ might well have a different view. 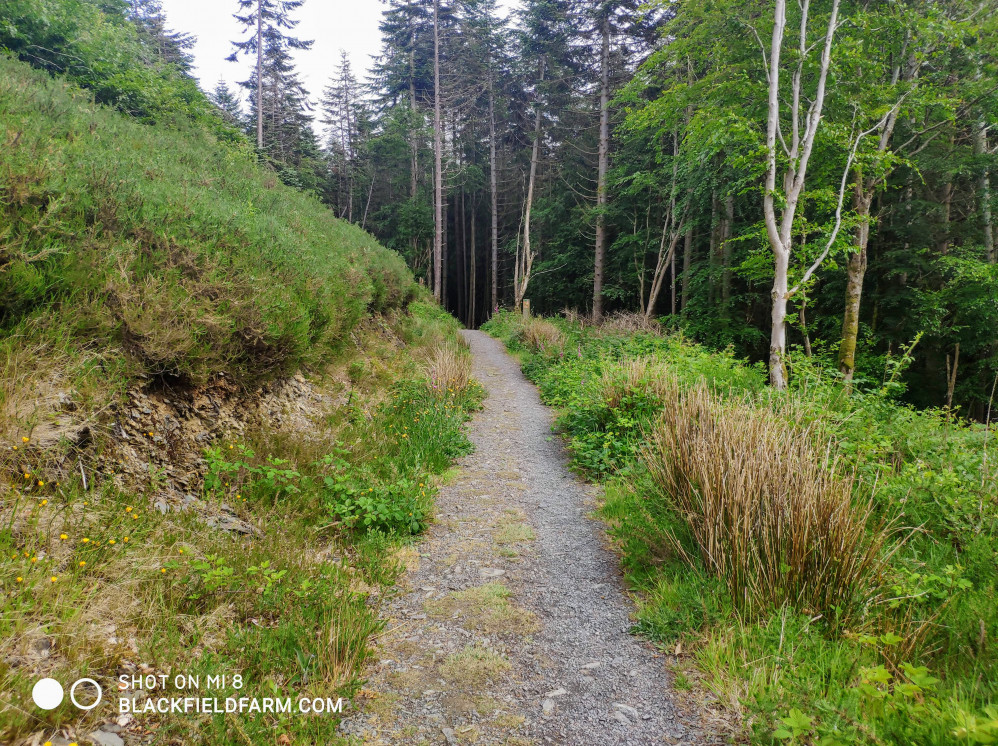 the history of land and the Irish people is long and complex going back to the time of the penal laws when no native Irish man was allowed to own land right through the times of the famine here when not having land here meant almost certain death while some the owners of the land at the time being the estate landlords grew and exported thousands of tons of food from the country.

That might seem totally irrelevant to most people today but to many Irish farmers’ it was that long ago. I have often told my own children that I have spoken to men as a child who were older than Ireland. Meaning of course people of my grandparents age when I was a young child who would have been born before the Irish free state in 1922. Although there might not be too many of them left their stories and struggle for Irish freedom live on as has the attachment with the land and rights they fought so hard to get. 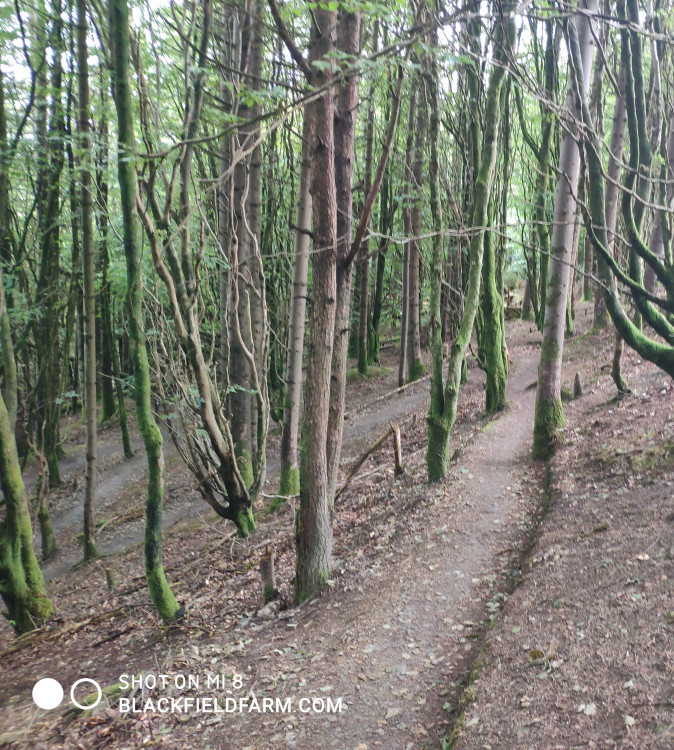 That sense of pride and attachment with land and property rights is still very much alive in the Irish Psyche. Although a lot of city dwellers would think they are acting like the bull mcabe out of the film the field a lot of farmers’ would remember hearing stories of when their grand parents brought the farm. Stories whispered about the time of was and land commission and although a lot might not be spoken about some of this would be passed down to the next generation.

So while none of that might seem to have anything to do with people getting access to walk through farmland in Ireland today there is still some deep resistance built into the Psyche of a lot of farmers’ in rural Ireland to give up property and their rights around it. The history is just an example to show peoples attachment with their land but its not the only reason for the resistance to allow public access.

there has been a problem growing in Ireland over the thirty years or more where a so called compo culture has occurred and this has lead to a lot of false and exaggerated claims being lodged in the past. It has been left to go largely unchecked by solicitors or judges or whoever has power over such things and that in itself seems to be part of the problem. That nobody seems to be accountable for such things which has led to higher payouts for injury claims here than anywhere else in Europe. 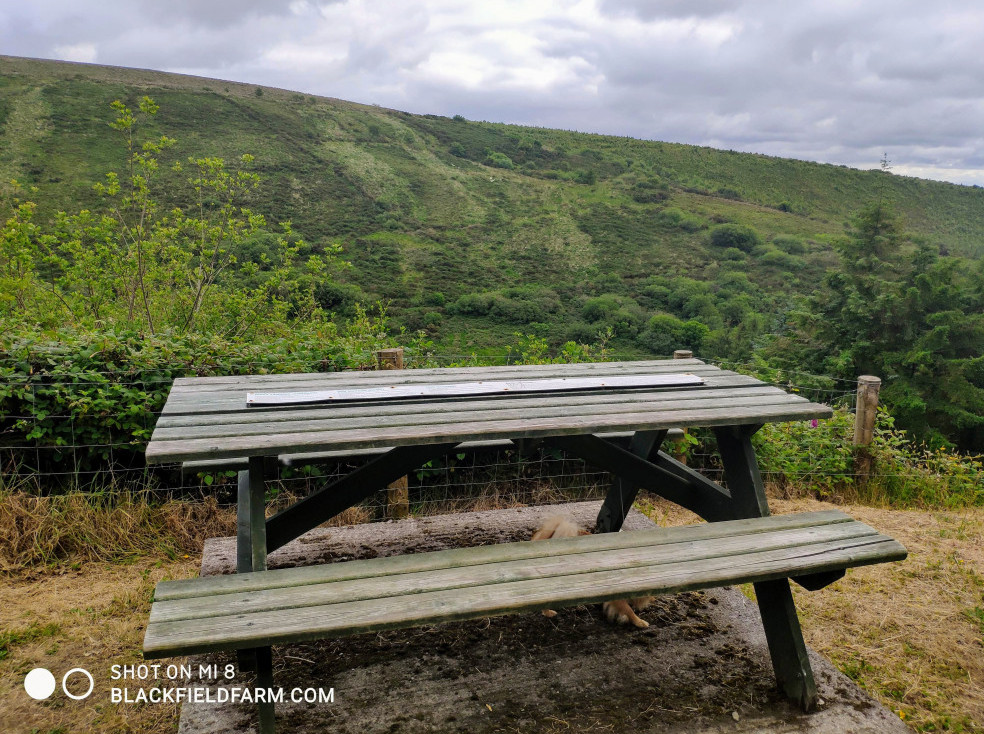 The insurance companies charge more for premiums and the payouts are higher because the medicals costs are higher because the doctors and hospitals are getting sued so insurance goes up again. Like a vicious circle spinning out of control. Some claims here for instance could have a farmer lose everything he owns if it turned out that his insurance had lapsed or quite possible that he could not afford the price of renewal.

There was a case in wicklow a few years back where a woman was awarded 40,000 euro for a fall on a walkway and although that decision was later overturned and their was some changes in legislation to protect farmers’. The worry is still there that farmers’ inviting public onto their land is inviting trouble for themselves and their families. 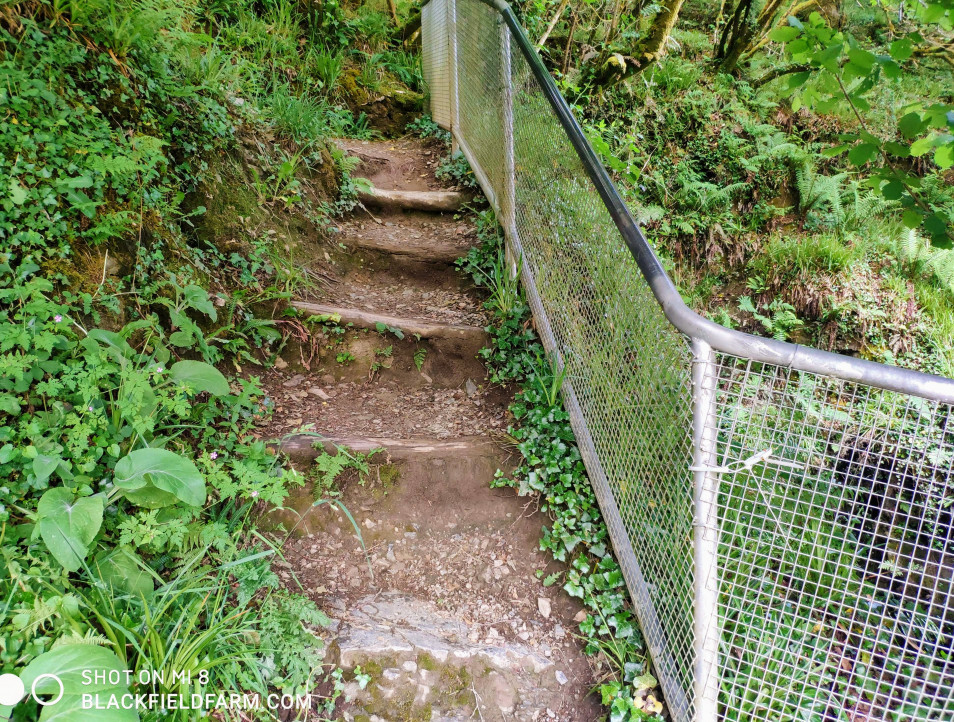 In a perfect world

in a perfect world it would be great that people could roam wherever they wanted but unfortunately we don’t live in a perfect world. Apart from insurance at all some people will just use this new law for their own gain. We have seen instances around this country where groups of men have being going across farmland and through farmyards with lurcher type dogs under the pretense that they are exercising their dogs for coursing etc.

There are several reports gone into the police here about altercations and intimidation towards farmers’ when the approached these people. There has also been a big rise in rural Ireland over the past number of years of farmyard theft where items like farm quads tools trailers or diesel etc have been stolen. 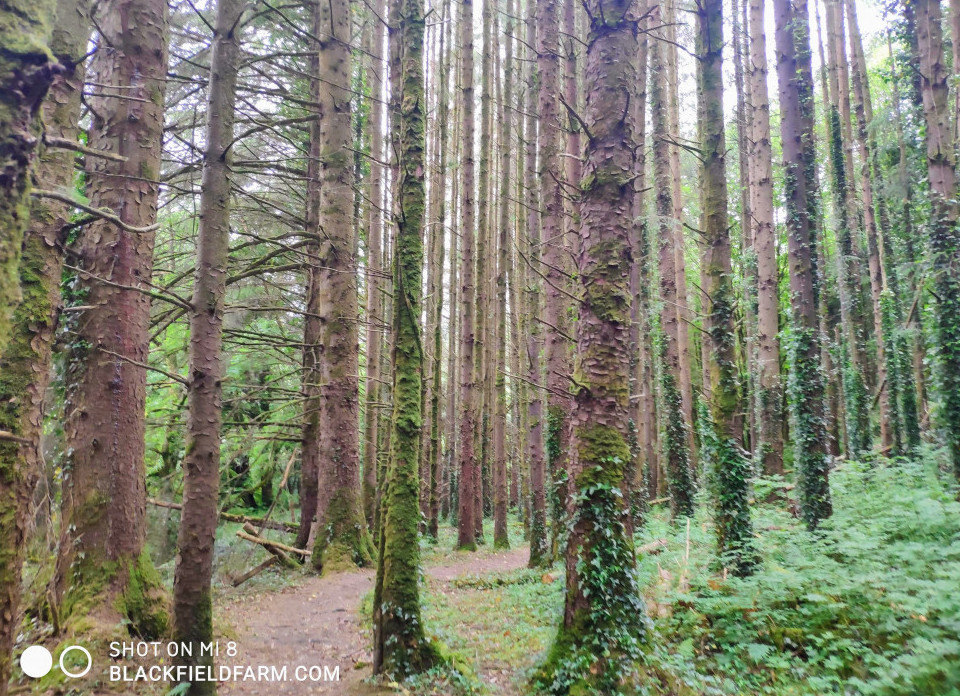 Finally there are good and bad people in all walks of life even amongst genuine walkers themselves. Some are just careless and there are plenty of stories of this on social media where people out walking their dogs without a lead and the dogs run off and attack the farmers’ sheep or other animals. Or cases where people don’t bother to close the gates after them which leads to the farmers’ animals escaping from where they are supposed to be and sometimes getting onto a public road and causing a traffic accident

What promoted me to write this 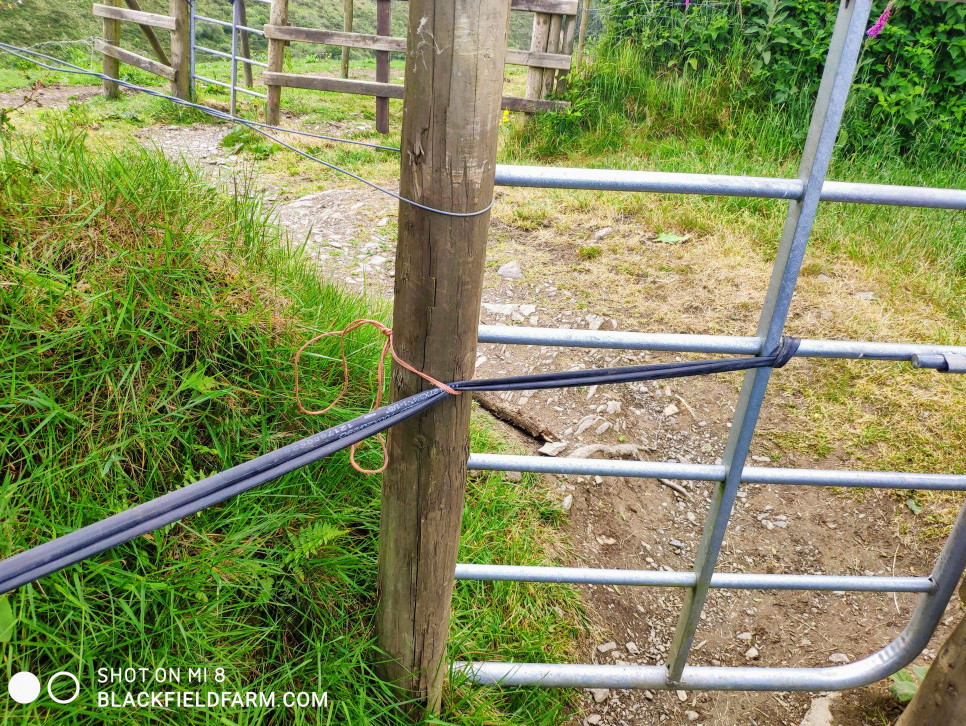 The final example I can give and its what promoted me to write this piece is about a man by the name of john lenihan who lives a few miles over the road. John is very well liked and respected in the area and has had countless success in his life mostly through hard work and sheer determination you can here a podcast of him here .

John opened part his land with some of his neighbors as a public walk way in glanagegeenty and put in countless hours of voluntary work digging out steps with a shovel and drawing in hundreds of wheelbarrows of stone as well as cutting timber and tracks through forest and scrub land to make one of the most beautiful and scenic walks in the country totally free for everyone to enjoy.

His thanks for all his years of hard work and opening his land to public walkers was for some walkers to report him for animal cruelty. Now I have walked these trails quite often and have often came across his animals and never saw anything wrong with them. 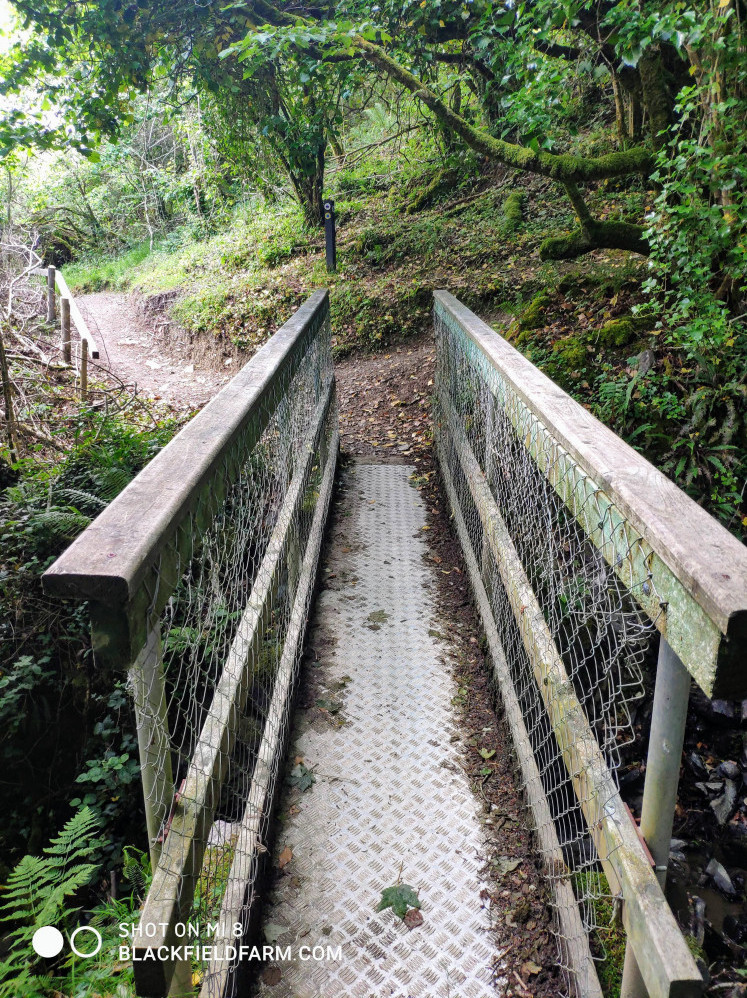 While I am no expert I have done a course on equines am able to body score them and have several years of experience looking after my own and think after 40 years around animals would have a keen eye to spot an unhealthy one. I also know how attached someone can get to their animals particularly ponies or dogs.

That makes it all the more sickening that someone you would invite onto your land would falsely report you to the authorities to such a stage that you would have to sell the animals that you love so dear. The bureaucracy of this country means that all reports or accusations of animal welfare have to be investigated no matter how untrue or groundless they are and the investigating officer will usually give some recommendations.

The people who make these false reports must either like causing trouble for other people or have no clue how to look after animals themselves. I personally find this extremely annoying even though they are not my animals and I have nothing to do with the person that owns them. All I can say is in over twenty times I saw those ponies they were always in the best of health.

The farmer in question has years of experience looking after cattle hens ducks and other animals which will make it all the more hurtful for him and his family to have accusations like this made against him. The ponies which were a really nice addition to the walk especially for kids are now sold on because of these accusations.

OK my rant is over for now but this is something I feel strongly about that someone who has worked so hard for the benefit of others should be treated this way. 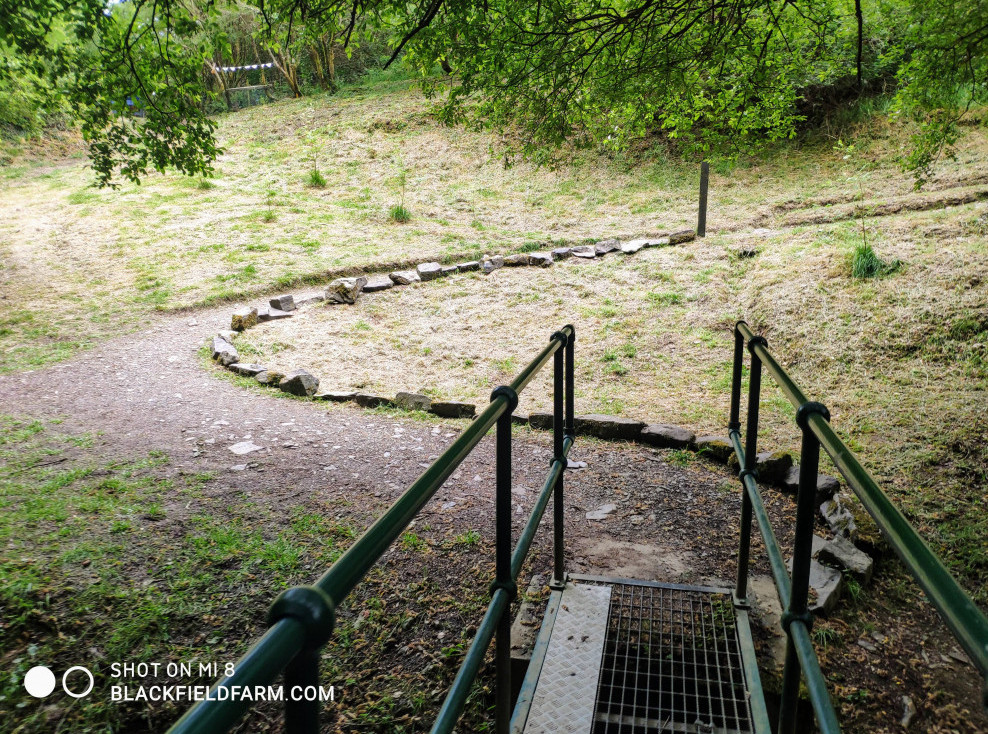 I can understand why people should want the freedom to walk where want to here but as long as these issues remain unresolved I can’t see farmers’ in this country giving up their property rights that easily. It would be akin to asking everyone to allow strangers the right to walk through their house and garden and hope for the best that they don’t steal something or sue you or falsely accuse you of some wrong doing.

As long as people like this are allowed to go unchecked I can’t see that situation changing. Below is some of they work carried out on this beautiful walking trails who’s future could now be in jeopardy. Read more here 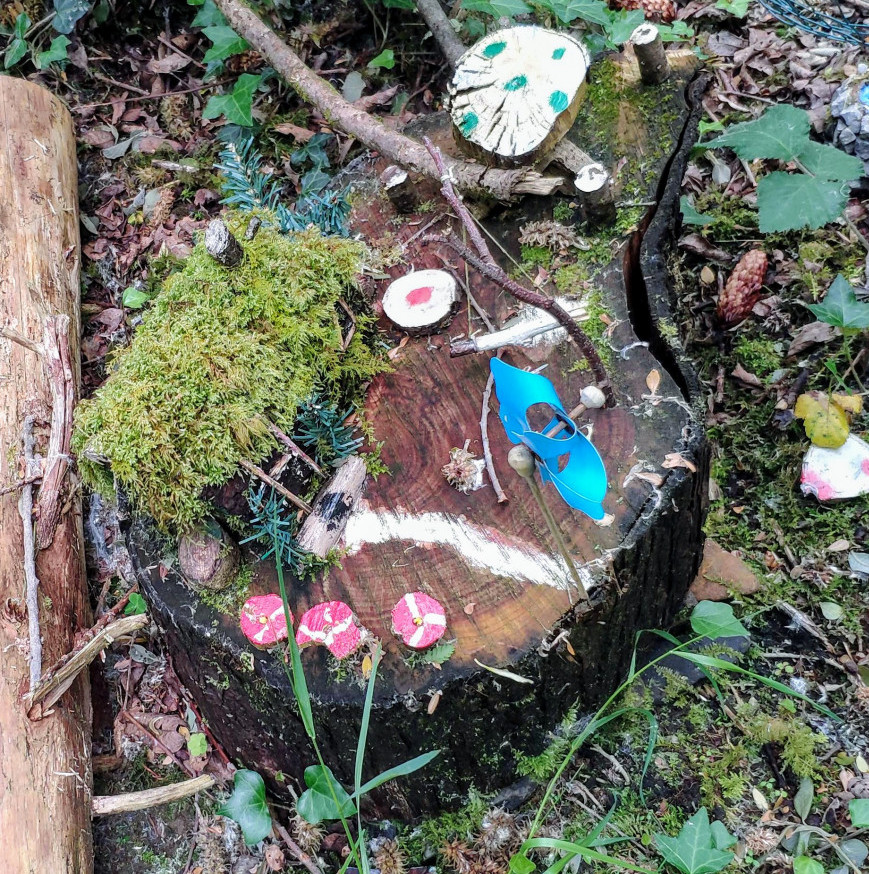 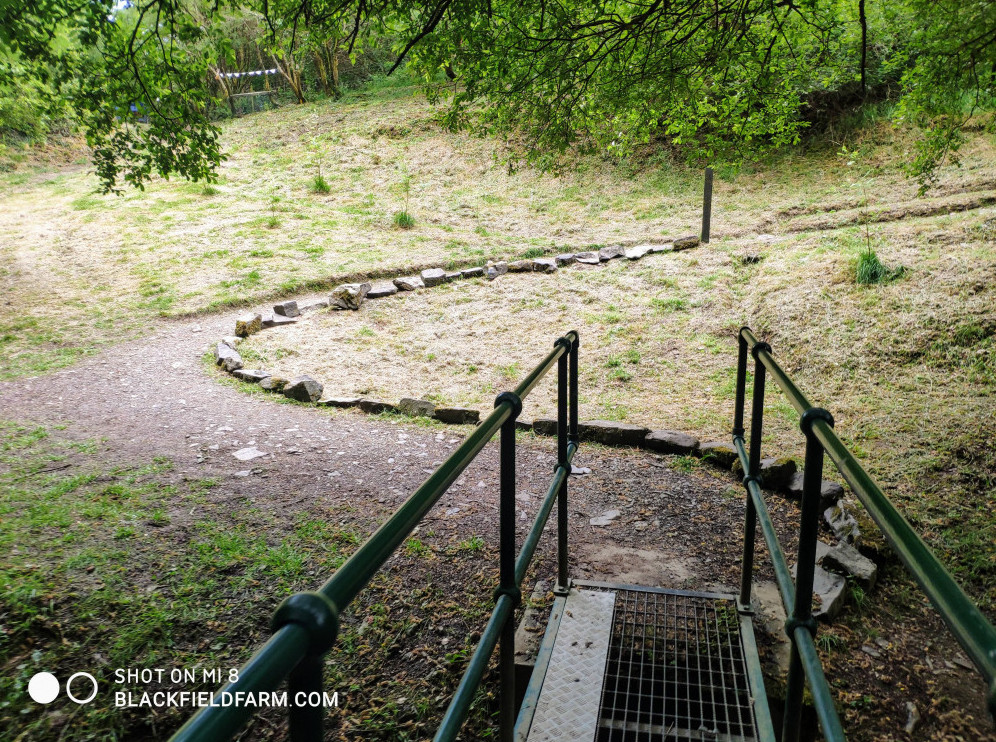 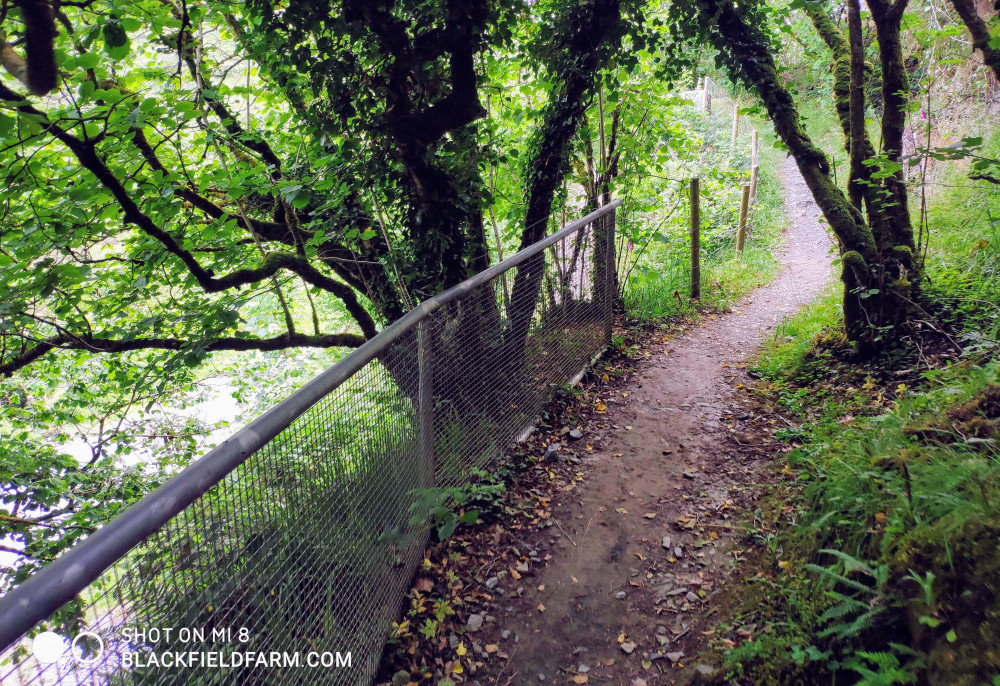 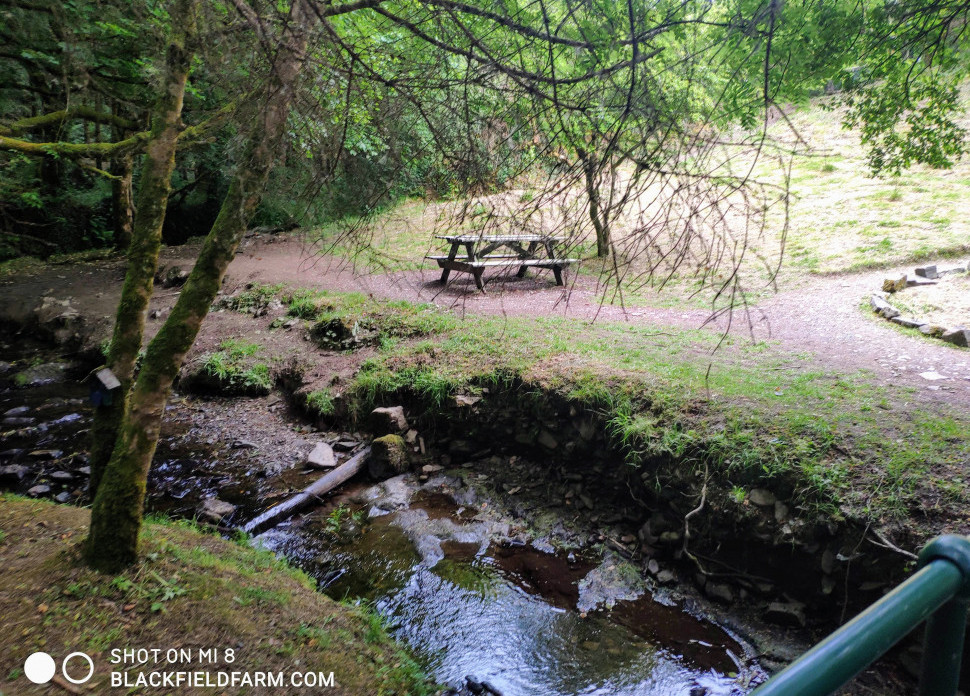 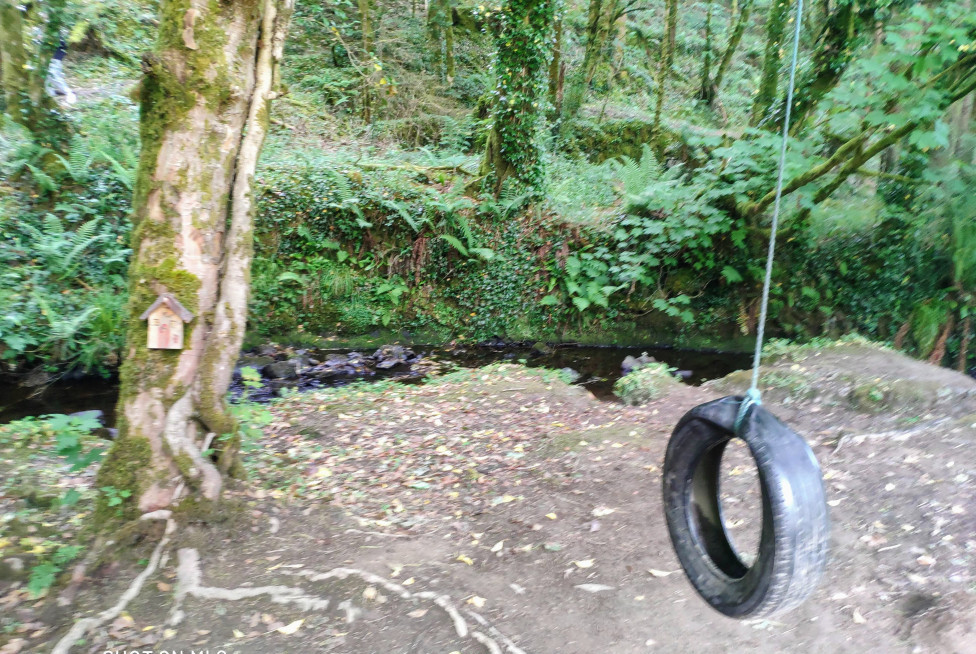 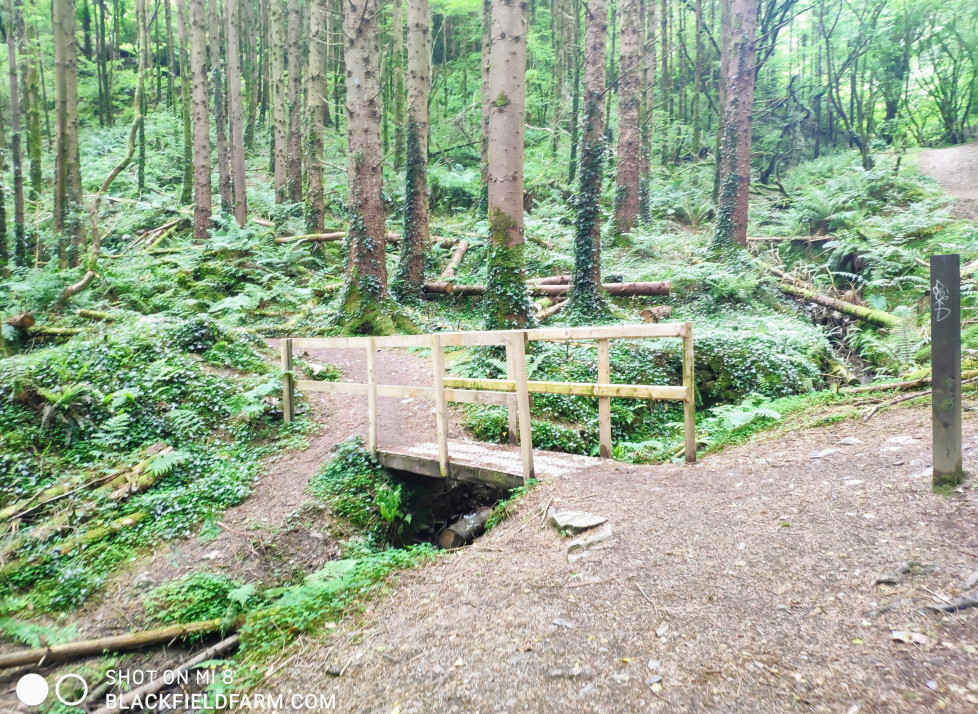