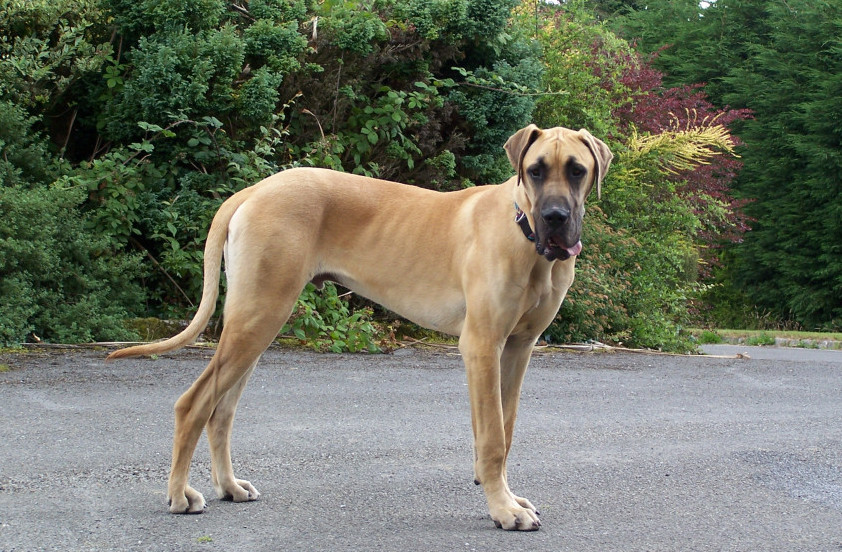 This is my list of working farm dogs breeds from around the world. As I found out many years ago all dogs have some purpose but for many dogs that purpose is not work. I once had a great dane who was very elegant and very active he was always looking to do something so one day when I was bringing the cows in for milking the dog came along too.

As soon as I went into the field the dog ran around and chased all the cows out the gap and down to the yard. I was quite surprised and thought he did very well for his first attempt even if it was a bit rushed.

So the next day I brought him with me again to see if he would improve and sure enough his confidence did improve, So much so he no longer needed to listen to my instructions. 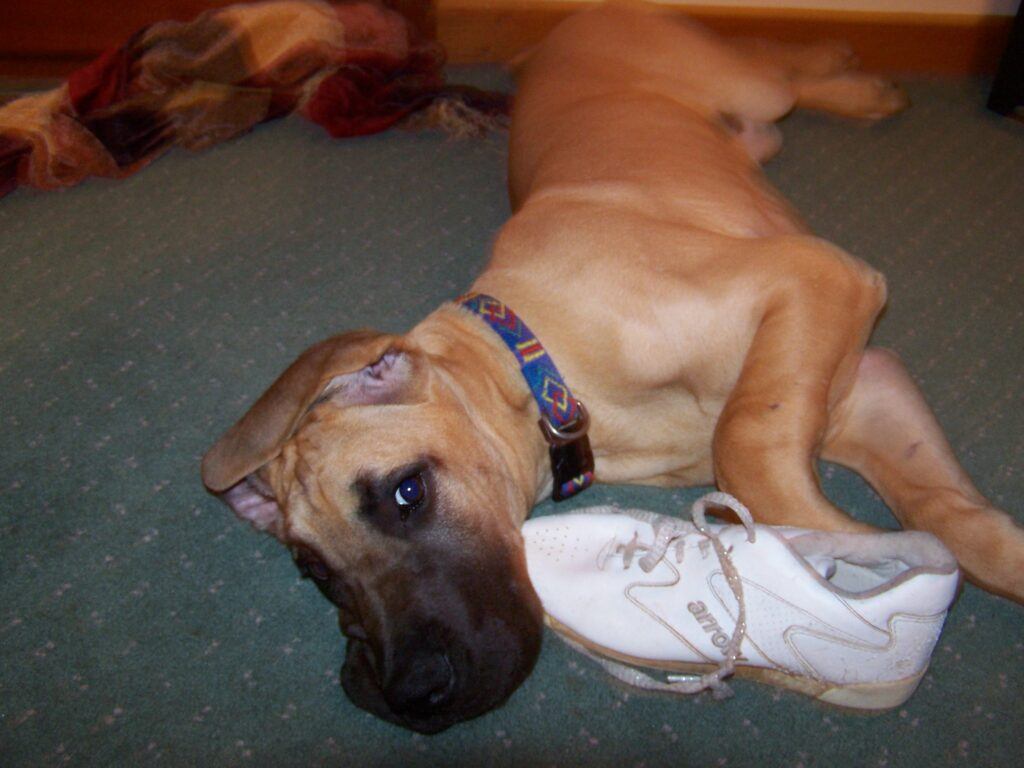 So he proceeded to chase the cows through the fence wire across the farm and over the boundary ditch into the neighbors farm. When I managed to get him away from them he took after another group and both the cows and the dog disappeared over the horizon at the top of the hill to leave me wondering if I would ever see them again.

Several hours later I got the cows milked and the dog got the sack.At the time I think the dog got off lightly that I didn’t have a gun especially when he thought it would be fun to chase my neighbors animals too.

On refection afterwards I thought it was not really the dogs fault as the great dane was originally breed as a hunting dog for running down deer. It was in his nature to chase an animal to the ends of the earth until they drop dead.

If I wanted to keep up I should have been on horseback because trying to call him back was a waste of time. He was in touch with his true nature of what he was breed for and I picked the wrong breed of dog for the job I had in mind. I should have brought a cattle dog or if I had sheep I should have gotten a sheep dog and even then not all dogs work out. So to have some hope of starting on the right foot here are some breeds for herding cattle and sheep that I would recommend starting with. 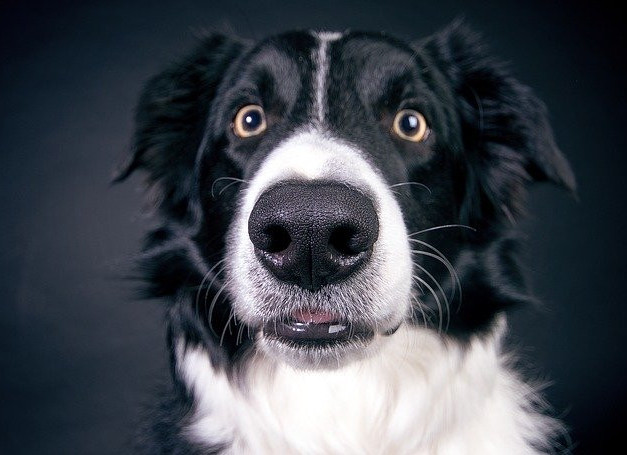 the border collie is probably the most common dog used for herding in Ireland and the UK although most old farmers here just call them shepards and often named them chep. The border collies originated in the Scottish border region and were usually used for herding sheep. They are descended from landrace collies which are largely found in the British isles

Then there are other variations too such as the wicklow collie the rough Collie and Bearded Collie which were bred for different traits and is probably why the old lads just called them shepards as it was less confusing. I can remember some old lads telling me there were cattle dogs and sheep dogs which is probably what the different types of collie were for and I think the border collie were smaller and used mainly for sheep.

A collie for cattle was usually a little bigger and at times might know when to nip at the leg of a larger animal that wouldn’t have any fear of a dog. They are extremely clever and usually live for 12 to 15 years and can come in a range of colors from black and white to a tricolor of red white and tan or red or blue merle.

Collies are very smart and energetic dogs and there’s good reason why they are the most popular working cattle and sheepdogs in this part of the world. 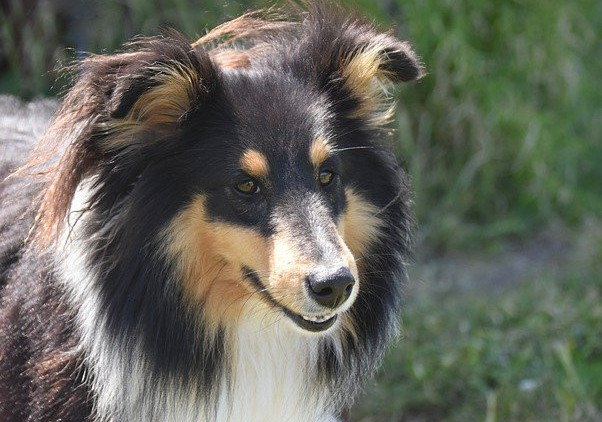 The Shetland sheepdog or sheltie for short is a very clever dog and has been rated 6th out of 138 dogs tested for their intelligence. They are believed to have been bred from crossing the original Shetland sheepdog which was similar to the Icelandic sheepdog with the rough collie and possibly some other breeds to develop what was to become a new breed known as the Shetland collie or sheltie, they have a double coat of hair.

They are an agile and sturdy dog and like the collies come in a wide range of colors. They also have small erect ears with the points folded downwards and have longer hair than rough collies. Shetlands are easily trained for working with sheep with a natural instinct to herd as the name would suggest and they have a very good temperament

They are normally black and white red and white or tri color. Their coat can be short or fairly long, and their ears are pricked, but folded at the tip. They are longer in leg, broader in chest and wider in muzzle than the border collie again they are usually bred for their herding and working ability more than anything else. 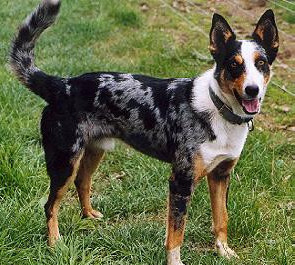 The Australian Koolie is believed to be a descendant of the collie from the British isles first brought to Australia by Thomas hall . When used by German immigrants in South Australia who, unable to correctly pronounce ‘collie’, referred to the dogs as ‘coolies’ and the dogs became known as koolies ever since .

They are mainly used for sheep although they will work well with cattle too. For years, they have been bred based on their working and herding ability and in April 2000 the Australian koolie club was set up. They are another agile and intelligent dog with excellent natural herding ability and they have a lifespan of around 15 years.

from a litter born on Warrock Station. This dog was named Kelpie after a mythological shape shifting water spirit of celtic folklore. That dog was referred to as gleesons kelpie and when pups were born and bred again as herding dogs they were referred to as kelpies which eventually became their own distinct breed.

By 1990, Kelpies have been trained as scent dogs with good success rates and are also used for tracking and rescue work. Like the collies there are different strains of kelpies for different types of work like cattle sheep etc 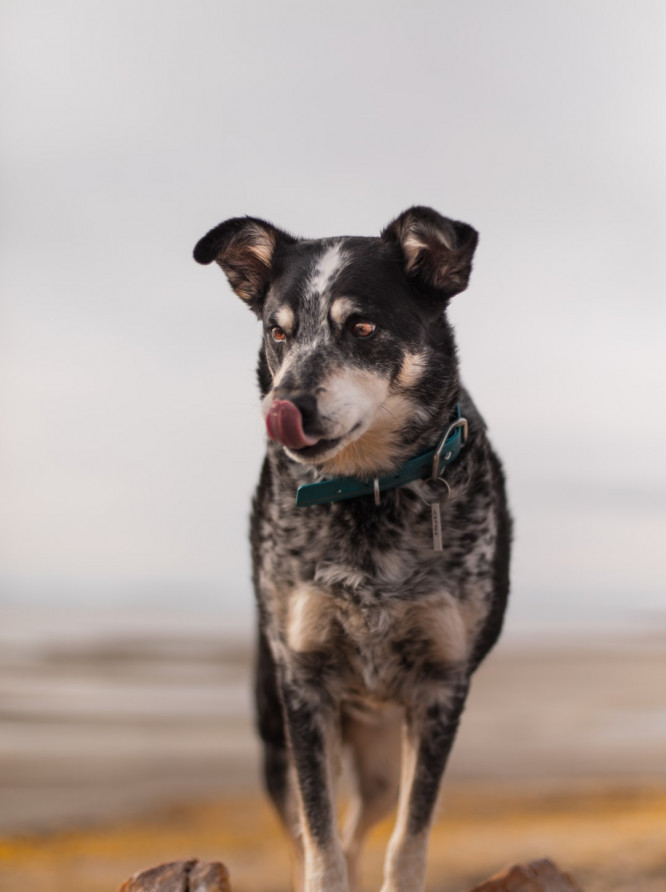 The Australian cattle dogs originated from the early 1800s when Jorge hall set up two cattle stations in Australia. The dogs available at the time which were like old English sheepdogs known as smithfields and were only useful for short distances and primarily used as yard dogs. Hall need dogs to move his cattle thousands of kilometers of unfenced mountain and scrub to get his cattle to the Sidney markets.

He set out to breed his own drover dogs by importing dogs used by drovers in northhumberland where his parents came from. He then crossed these dogs that were known as Northumberland Blue Merle Drovers Dogs with some wild dingoes that he had tamed to make this new breed which became the Australian cattle dog.

Today the dogs are an active and intelligent breed which need lots of exercise are best suited for work and endurance like moving livestock over long distances.

While there are plenty other dogs I could mention I believe that a lot of breeds of dogs that were once used for herding have lost a share of ability over time probably due to being bred as pets or guard dogs like the Pomeranian and German Shepard.

The dogs mentioned above are true working farm dogs used primarily for this purpose today and if you can get a good pup from good working parents you will have a better chance of having a dog who will work for you. I have seen farmers who can just open the gate in the farm yard and tell the dog bring them in and do no more but close the gate after the dog has done its job.