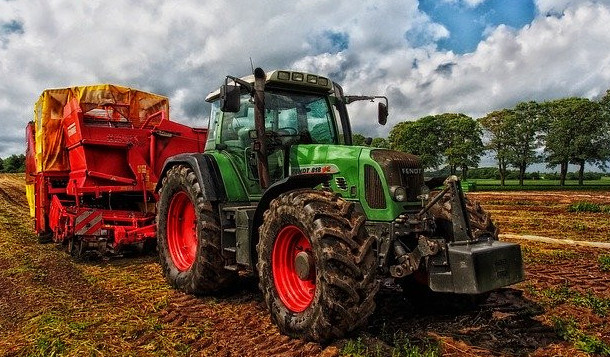 The legal age to a drive tractor here is 14 on a field or farm provided they have received proper training and are supervised by an adult. The legal age to get a learners permit to drive on the roads here is 16. If the tractor has a passenger seat the driver with a provisional license must be accompanied by an adult however if the tractor doesn’t have a passenger seat the driver can drive on their own.

People have been talking about 16 year olds driving tractors here with years and some strongly disagree with the fact that a 16-year old with no previous driving experience can get a license and drive a 200hp tractor down the road at 50 kph with 20 ton of silage behind them. 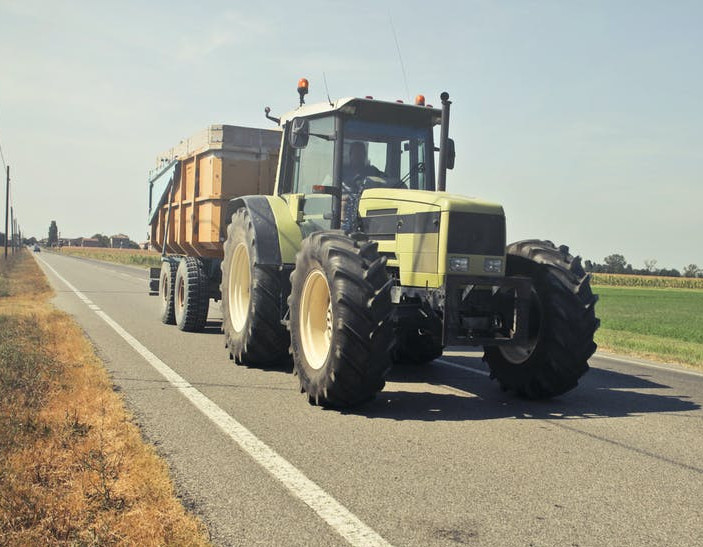 On the other hand I have seen plenty 16 year olds who can reverse tractors and trailers around buildings and back up narrow roads and plenty 50 year olds who can’t reverse their car back the road and instead complain about the young lad on the tractor expecting him or her to reverse with a full load of silage behind them.

tractors have changed a lot over the years since the licensing laws came into force here. At one time tractors were small low powered Massey Ferguson like a 35 or 135 mostly used in the fields and short trips on the road like the local creamery. Today a tractor could be well over 200hp and like some JCB fastracks reach speeds of over 80 km h.

Tractors and their implements have gotten bigger and are pulling heavier loads at faster speeds than ever before but they have also gotten safer. Breaks and suspension are better and more responsive and the tractor cabs are safer and more comfortable than any tractors of a past era.

So I wouldn’t say tractors are anymore dangerous than tractors of the past in the right hand but in the wrong hands they can do a lot more damage than other vehicles like a car or motorbike and this is where it comes down to the driver. 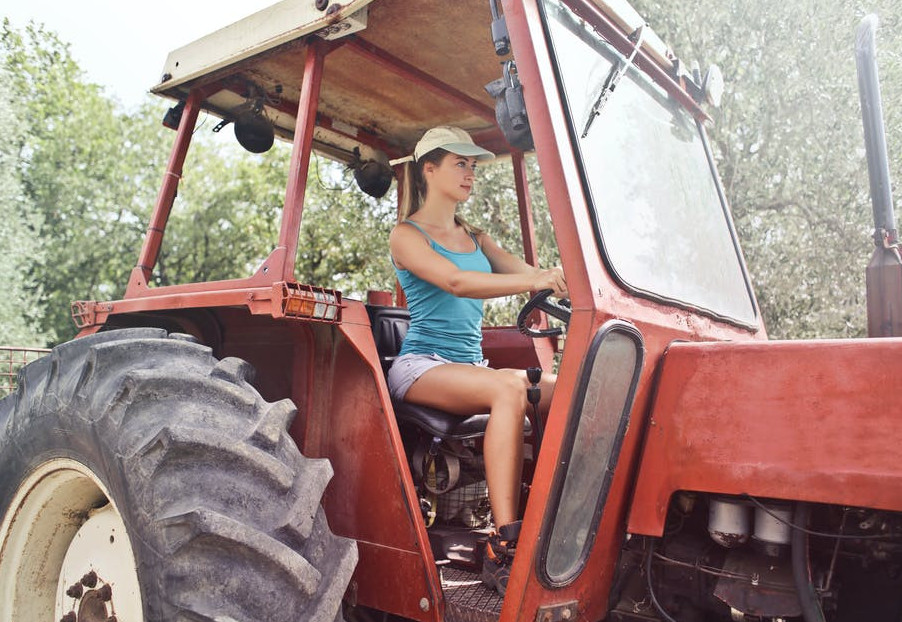 Some 16 year olds are very responsible and mature for there age and some from a farming background might have been driving around the farmyard and fields before ever getting a drivers license. Although a child should not be operating machinery on farms at under 14 years. This is very hard to police

As it is not on a public road I think it is outside the remit of the garda and the road safety authority. If they had to enforce driving laws in private property they might have to charge a toddler for driving a battery powered toy car around the house as in the eyes of the law it would be considered a mechanically propelled vehicle.

It therefore falls under the remit of the health and safety authority to enforce it but given that they are under-resourced to check every field in the country to see what age the drivers are, in reality it comes down to the parents to enforce age limits and judge how responsible there children are and how much time and training they should be given before being left around the field on their own. 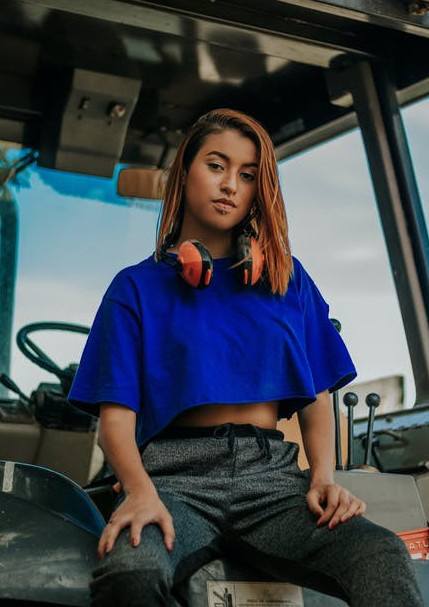 I was probably around 13 or 14 when I learned to drive.my father put a roller on the back for rolling the fields and after some instructions in a big field I was allowed to drive around the field in big circle with him by my side giving instructions. After some time at this I progressed to driving around the farmyard and by the time I was 15 I was drawing silage in on the home farm and spreading slurry along with other jobs.

Looking back I think that someone who learns like this for a few years in a controlled environment under supervision is going to be a lot safer on the road than a 16-year old who has just gotten his license and never driven a tractor before. I think it is down to experience and plenty 16 year olds are more capable than 17 year olds or 55 year olds driving a car.

Some people can be very quick to judge a 16-year old driving a tractor or machine that they wouldn’t feel confident driving themselves. What they might not see is the amount of hours or years training they have gotten before they ever went on a public road.

Fair enough if some young lad is driving around with a bunch of youngsters in the cab in a wreck less manner. Then report them to the authorities or their parents or the guy they are driving for as nobody wants to see anyone getting hurt. Any responsible agriculture would give a young lad his marching orders fairly quickly nowadays for any messing going on as there’s too much at stake.

I think our young people have enough to deal with today between theory tests L plates and N plates driving tests and outrageous insurance premiums. While others from an older generation are on the road and got their license without ever sitting a driving test. 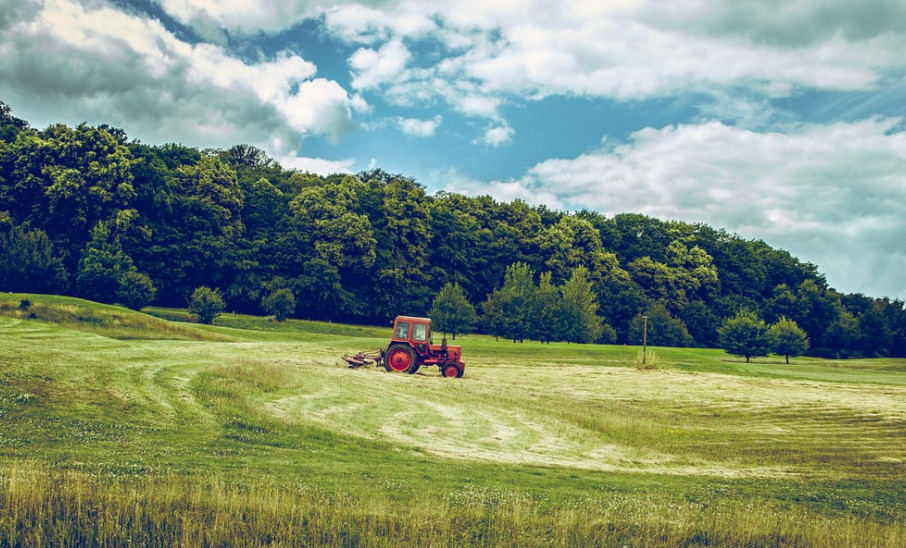 A safety course around tractors and machinery might be no harm and tips about not reversing up a narrow road with a full load on if they can’t see clearly what’s behind them because someone can’t find the reverse gear in their Nissan micra. Teach them about risks and things to look out for on the roads and maybe even a simple test to prove that they have the basics of operating what they are driving.

Step by step training and plenty practice in my view would be a much better option. Here are some videos which some will find outrageous and would be illegal if they were in this country but they also show what kids are capable of learning from a young age. What kind of drivers do you think they will be by the time they are 16 compared to someone sitting on a tractor for the first time and heading out on a public road.

Do you think the legal age to drive a tractor should be raised to 17 like a car or kept in line with other parts of the world.