My old grinder gave up this week so I brought a lidl cordless grinder. As has often happened by on by visit to Lidl’s shop I go in for milk and bread and come home with a bunch of tools. I wouldn’t be usually a fan of cheap power tools but it just so happened that I needed a grinder that day so I decided to take a chance on buying it.

Although I had brought some power tools from lidl in the past I was weary enough about their cordless tools after purchasing a cordless drill from Aldi many years ago that went straight in the skip.

In recent years cordless tools have improved a lot due to battery technology and the advance in lithium ion batteries in particular. One of the first websites that I put together was on cordlessworktools but that website is based more towards the American market. 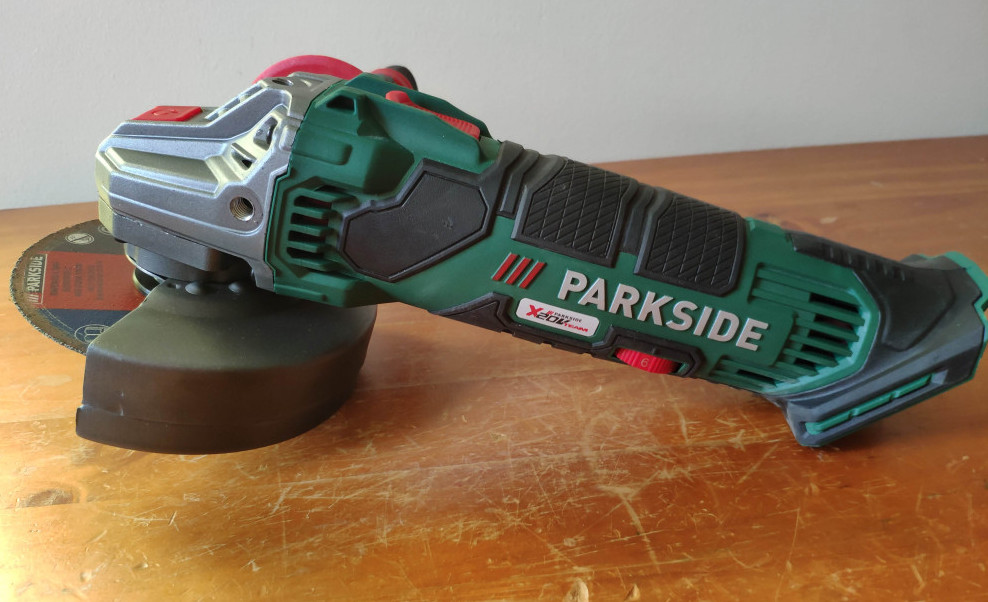 Getting back to Lidl’s angle grinder review I would say for the money it is not a bad little grinder. Even though its just the bare tool on sale and you have to buy the battery and charger separately all in it still comes in at a good price compared to the competition. The battery has a power button on the side with a led indicator to let you know how much charge is left on the battery 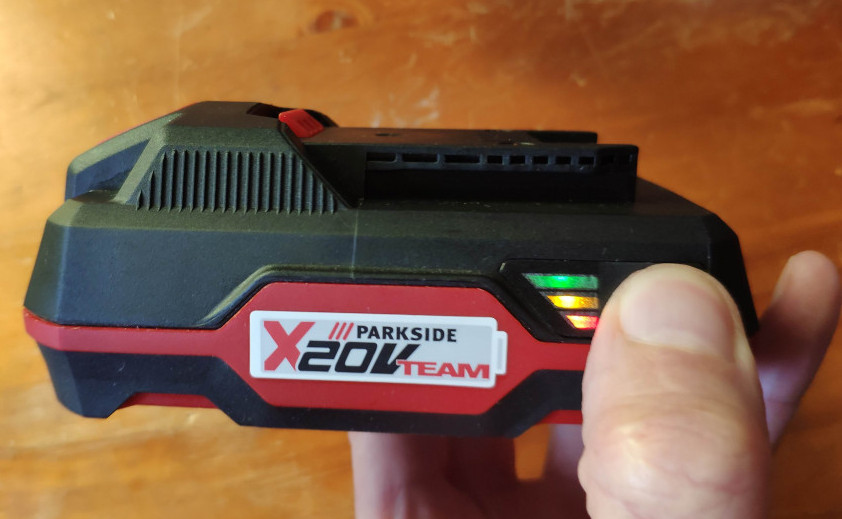 The Lidl cordless grinder also has an adjustable speed dial the changes the rotation from 2500rpm up to 10000rpm depending on what you are working on. A tool holder for changing blades is built into the handle which I like too as they can easily go missing when they just come loose in the box. By having a place to hold it in the handle at least you always know where it is when you need it.

I prefer to have a spanner tool like this for changing blades rather than that lip that flips up which is build into the spindle lock nut on other cordless grinders which can be a bit flimsy and break easily. At least the spanner won’t snap off leaving you looking for a hammer and chisel to change the cutting disk. It also comes in a hard carry case with one 125mm cutting disk.

It takes around 40 minutes to charge the 2ah battery and as for cutting it cuts good enough but the 2ah battery is too under powered for the job. The battery overheats and runs down very quickly in a matter of minutes if doing any type of cutting. Although most cordless are only like a cross between a hacksaw and a high speed cutter anyway you don’t want to spend more time charging batteries than cutting.

It even said on the box recommended battery 4Ah but lidl decide to sell you an under powered 2ah battery instead which it places right beside the cordless grinders with no batteries included. That in by view is misleading the customer and it wouldn’t be too bad if they offered a 4Ah battery for sale separately but no you will have to wait god knows how long for them to stock the proper size battery in their stores again.

Since putting the new 4Ah battery on the grinder it now works like it is supposed to not only is the grinder more powerful but it runs for a lot longer too between charges. Although the battery cost more than the grinder at least now it works properly and I still have the 2Ah battery as a spare for when the other one runs out. 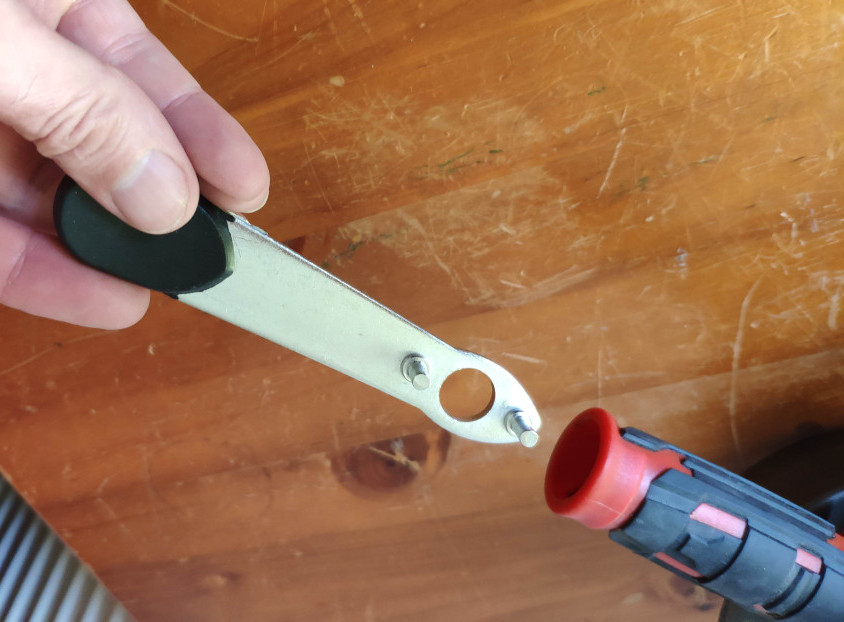 I would have no hesitation recommending anyone who brought this grinder to upgrade to the 4Ah battery which are also available here from eBay but postage to Ireland makes them a bit more expensive. At least now I will have a proper battery for when they do a special offer on park side cordless drills or other tools in the 20v range in the future.

Looking at other reviews online park side tools seem to hold up fairly well in comparison to even more expensive brands and as long as you keep your receipt you also get a three year warranty which is saying something in itself.

For me I would consider it a good buy and a handy tool to have around the farm when I need especially for places where I don’t have access to a power socket or even just a quick job like hanging a gate and I don’t want to be wasting time messing around with extension power cables.