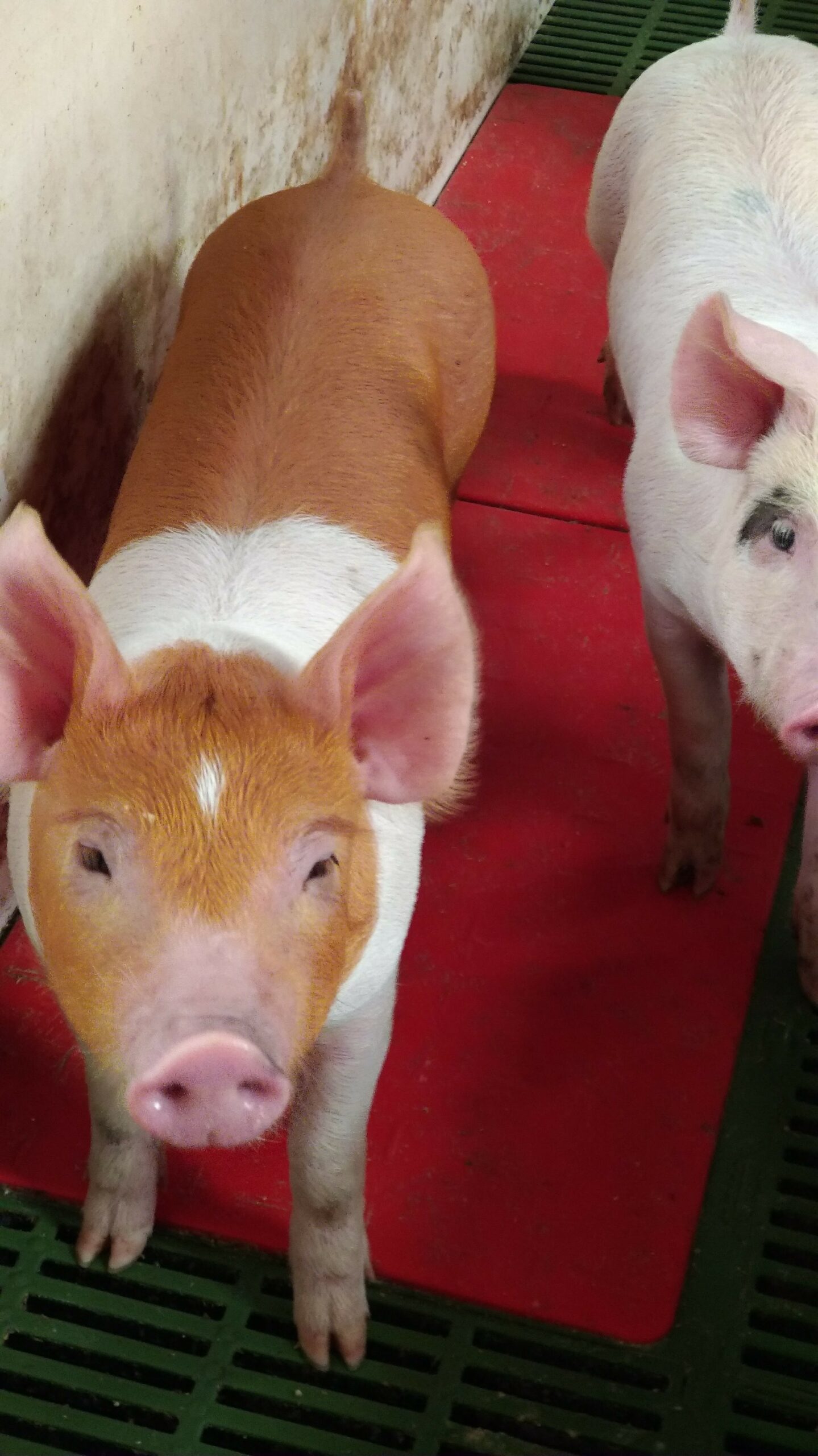 As I hear a lot of talk about pig farms lately these are the facts of pig farming as I see them. Although I no longer keep pigs having worked on my own and many other large pig units over a number of years I think I am in a good position to tell it as it in reality which is not like some media channels or Facebook posts portray it. Of all the areas of farming the misconception of what goes on in pig farms around the world is probably greater than any other. I hope to give some honest and open answers as to what goes on and what it’s like in the pig industry.

First off what prompted me to write this is partly due to documentaries like Channel 4s How to steal pigs and vegan activists illegally breaking into pig farms. I would ask people to keep an open mind on why this is happening and who is funding all the billboards and adverts that you see around the country.

Channel 4 have done a few programs which appear to be anti meat but is also worth noting that they have a seven figure stake in a so called meatless farm company so there could be a conflict of interest there. It is clear to me that when activists break into a farm the first place they go to for photographs is the area where dead pigs are waiting to be collected by the knackery trucks. Animals die on every farm but to put it in context some of the pig farms could have several thousand animals so it would be like going to a morgue in a town with several thousand people and pulling out dead bodies to photograph saying what a horrible town it is.

The next place they will go is the hospital yes large piggeries have pig hospitals where they can be isolated or put with other sick or injured pigs to help their recovery. The reason for this is pigs like lots of other animals have a pecking order and if one gets sick or weak healthy pigs will bully that animal. Some will get lame or injured and need time in a pig hospital but again in context a very small amount. The rate of mortality is a good way to judge how things are going and in the weaners or fattening section this is usually around 1%

The other place you will see lots of footage of is the farrowing house which is where sows give birth and the sows are in farrowing crates. You may be given the impression that the poor pigs are locked up in cages for their entire lives but in reality they are only in the farrowing room for 4 weeks and the reason for the sow crate is for the piglets welfare and protection.

Newborns also have their teeth clipped or the points grinded smooth to prevent them from damaging their mothers teats or each other with their sharp needle like teeth. After a few days they have the tips of their tails clipped this is to prevent tail biting later on. At a few days old the piglets tail is about as thick as an earthworm and the don’t take too much notice for instance a piglet could be suckling it’s mother and when it’s tail is cut it will go straight back to sucking the sow once it is put down on the floor almost oblivious to what has just happened.

It is done with a gas clipper which cuts and seals the wound at the tail end and is similar to a gas calf dehorner but in my opinion the piglets do not take any notice of it. Tail biting can be a problem on any indoor pig unit from time to time and there has been lots of study into causes and prevention like adding enrichment and toys for the pigs which I won’t go into now as that subject could have a post all of it’s own. In short tail docking of piglets is necessary and done under veterinary advise on most indoor pig farms as best practice to prevent tail biting amongst older pigs.

When sows leave the farrowing house after 4 weeks they go into the service area into a cage called a basket and after 4 days she comes in heat and is served by artificial insemination 2 days after that when she is no longer in heat she is put in a loose house with her peers for the next 16 weeks. The reason they are put into the baskets or cage for service is because when a large number of sows come into heat at the same time there is a high risk of injury due to sows mounting each other. Other than that all pigs spend their lives in loose housing with their own peers.

Most stock persons looking after the pigs do a very good job an always adhere to the five freedoms the last thing they need is to be harassed by a gang of misguided activists who have neither trained in agriculture or animal husbandry and who’s only aim is to photograph dead or sick animals in order to spread their propaganda.

Some questions and answers

Are pigs kept in cages all their lives? No only breeding sows at birthing and service and for welfare reasons

Are indoor pigs full of antibiotics ? No most pigs will never get an antibiotic.

What about sick pigs ? If a pig gets sick and needs an injection records are kept and withdrawal periods adhered to and are also tested at factory for traces of antibiotics.

Do pigs get sick much? No more than a cat, dog, cow, sheep or any other animal.

What else are pigs given? They can be given vaccination shots and a wormer.

Are pigs in overcrowded pens? No the are give adequate space recommended by the department of agriculture

Why are pigs reared indoors ? Because it’s the most efficient way to rear them and control ventilation and                 temperature for optimal growing conditions

Can they be reared outdoors ? Yes except for winter but it costs more and everyone wants cheap food.

Are indoor pigs happy? Yes they are some of the happiest and healthiest animals that I have seen.

Do pigs smell? Yes they don’t sweat and smell bad but you get used to it and they don’t mind.

Am I making this up? No I don’t keep pigs anymore but respect the hard work and dedication of the farmers that do.

If you have any other questions or comments ask below at the bottom of this page and I will answer as honestly as I can any abusive comments will be deleted.

5 thoughts on “The facts of pig farming”